Jamaican Dancehall star, Shenseea, is set to perform during Super Bowl Weekend in Miami at the inaugural Vewtopia Music Festival, which will take place between January 31 to February 1, at Marlins Park in the city.

She will join a slew of American acts, including headliners including Cardi B, Chris Brown, Migos, and DaBaby. Other acts slated to perform during the two-day event include Megan Thee Stallion, Davido, and Gunna. According to the show promoters, more performers will be announced, leading up to the event.

The Super Bowl will be staged on February 2, 2020, at the Hard Rock Stadium in Miami Gardens, Florida. Shakira and Jennnifer Lopez are expected to headline the halftime show.

Lady Gaga, Guns N’ Roses, Maroon Five and DJ Khaled, are among the artistes who have announced they will stage concerts in Miami days before the big game, according to the Associated Press.

Two-day tickets to the event begin at $195, and according to the organizers, the Vewtopia Music festival 2020 will be the “Biggest Multi-Cultural Music Festival in the World with more than 30 of the Biggest Artists in the World taking over Miami” during the period. 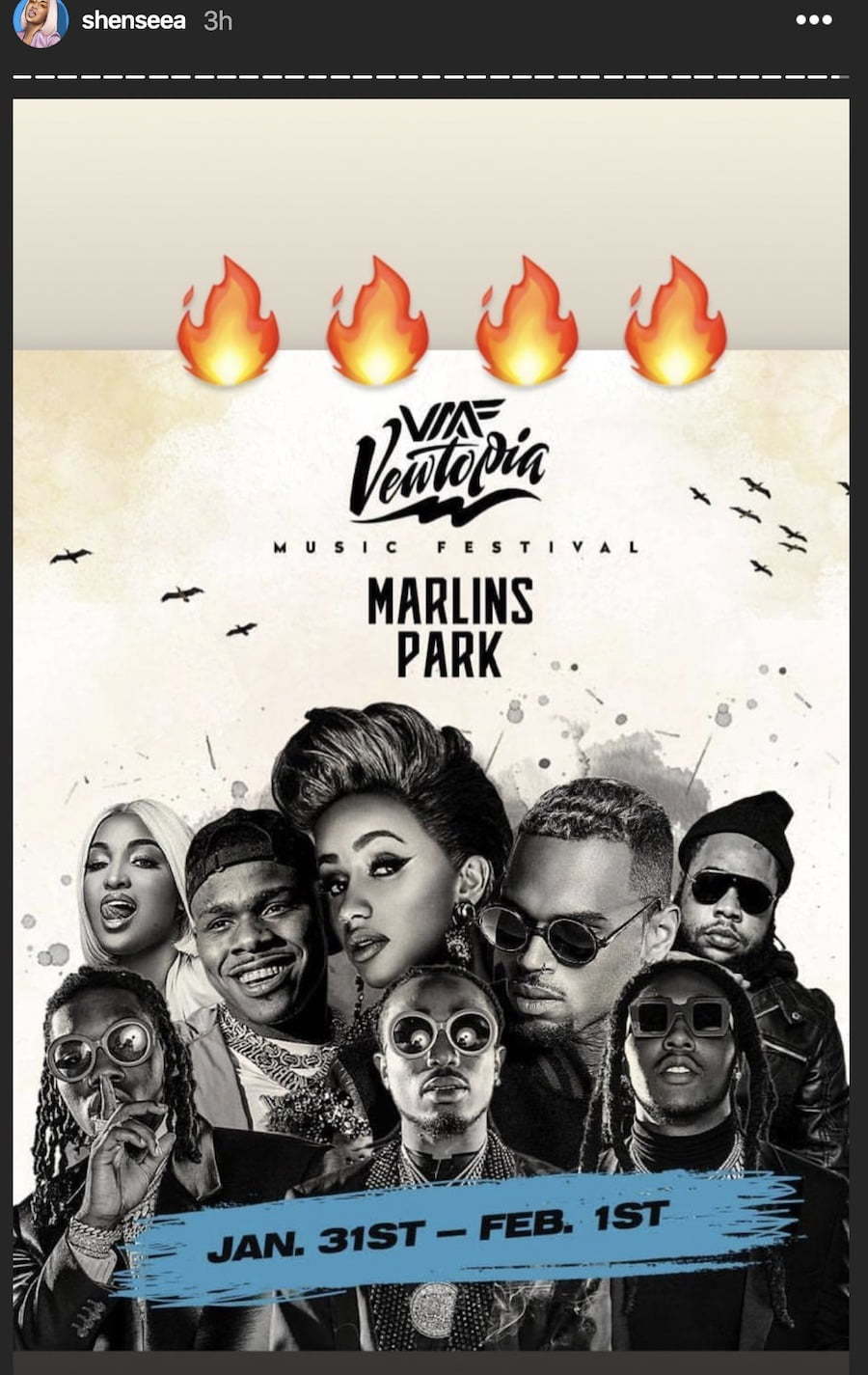 The concert venue, Marlins Park, is a baseball park located in Miami, Florida, and is the current home of the Miami Marlins, the city’s Major League Baseball franchise. Situated on 17 acres of the former Miami Orange Bowl site in Little Havana, it is approximately two miles west of Downtown and has a seating capacity of approximately 37,000.

Shenseea is also set to perform at the Birmingham Winter Carnival at the O2 institute in the UK on Saturday, January 18, 2020. The promoters of that event have described it as an all-night Carnival experience “to Birmingham this Winter, with special guest Shenseaa flying in from Jamaica with her 1st Live performance in Birmingham for 2020.”

The carnival will feature Dancehall, Reggae, Soca ‘with a hint of other genres,’ the organizers said.