Sources confirmed with Urban Islandz on Sunday that Sikka Rymes, whose real name is Javian Chambers, was shot several times this morning while driving his car in St. Andrew. The full details of the shooting are not yet available. The Jamaica Constabulary Force’s Corporate Communications Unit confirmed that Chambers was shot by unknown assailants at a stoplight near Sovereign Shopping Centre in Sandy Park, St. Andrew. The shooting took place at approximately 3:45 AM while the entertainer was driving home from an event.

Sikka Rymes was rushed to the Kingston Public Hospital in critical condition. At the time of this reporting, were told that the dancehall star was scheduled to undergo surgery sometime soon. 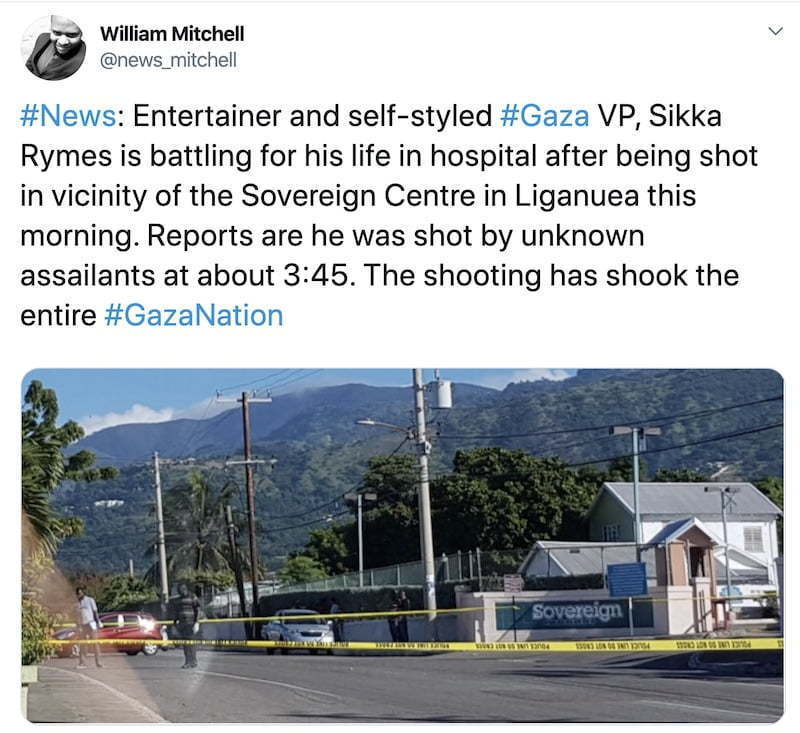 Sikka Rymes is one of Vybz Kartel‘s closest confident since his incarceration. The rising dancehall deejay describes himself as the Vice President for Gazanation, which is Kartel’s camp since he disbanded Portmore Empire back in 2012.

Vybz Kartel and Sikka Rymes recently collaborated on the single “Like I’m Superman,” which has been gaining traction on dancehall airwaves. The deejay also released a music video for the single. Outside of music, Rymes is tasked with bringing food for Kartel daily and is the go-to man for anyone who wants to visit him in prison.