The dancehall music oppression has sparked a national conversation in Jamaica about the preservation of the culture. Emotions were already running high when some of the industry’s biggest names took to Instagram to have an open and honest discussion on the future of Jamaican music. Among the big names sounding off on the issue are Vybz Kartel, Skatta Burrell, and NotNice.

Urban Islandz reported that UK radios are replacing reggae/dancehall music with Afrobeats. The news came out of the left field for most fans, but others believe it could have been projected from the music trends in the last few years where we see Afrobeats artists actually biting the Jamaican dancehall style in their music, and they wouldn’t be the first genre to do so. 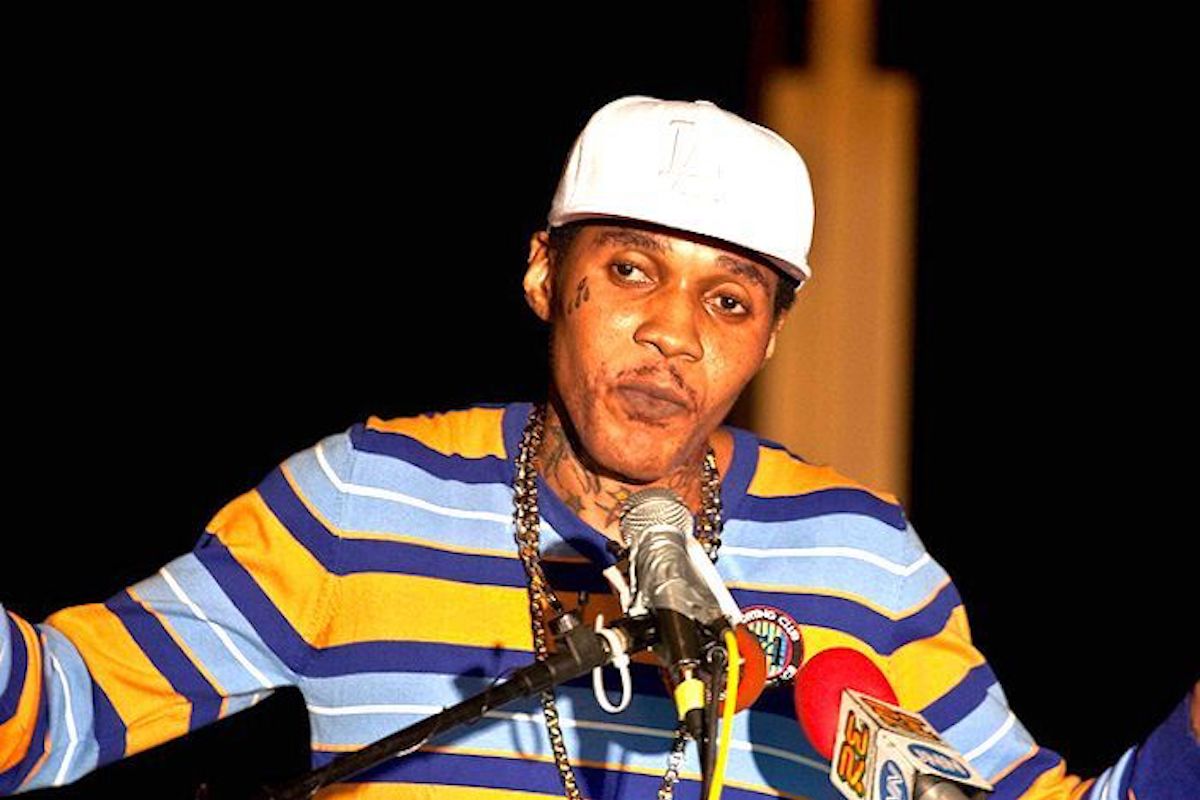 Taking to Instagram to share the disappointing news, producer Notnice voiced his opinion on the matter in a lengthy post that was later reposted by Skatta Burrell, who weighed in with an equally long caption. “We producers need to play our part in curving the sound of the music coming from Jamaica the hub of dancehall and reggae,” Notnice wrote. “When is the last time we had a real international hit coming out of Jamaica? But everyday I hear many chart topping songs globally that’s mimicking our dancehall sound,” the producer continued. “So how can they see the value of our music and we can’t?”

Skatta Burrell’s post cited, “Dancehall has been on life support locally for a tall while now. Not because it’s no longer great but because the real players who understand the sound stepped back and refuse to unite and collaborate in order to keep the movement going, he said. “I don’t blame the Yutes cause they doing what they doing and it’s working for em. I lay the blame at all who know better and refuse to step up and be a voice,” Skatta wrote. 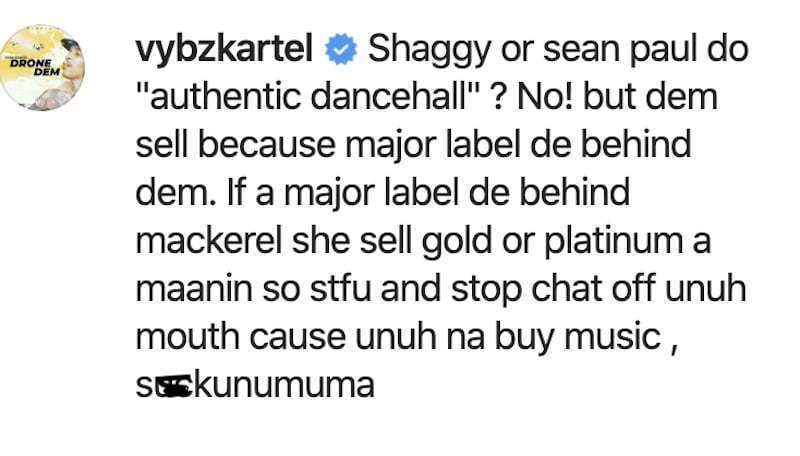 The conversation caught the attention of dancehall guru Vybz Kartel who had this to say: “Unuh buy music none at all or support ntn? S**k unuh mada a social media mek unuh tink unuh opinion matters …youths dictate what music is so stfu and go sort out unuh life unuh cyaa stop ntn @skattaburrell bless mi General” Kartel wrote. In another comment the deejay said, “Shaggy or sean paul do “authentic dancehall”? No! but dem sell because major label de behind dem. If a major label de behind mackerel she sell gold or platinum a maanin so stfu and stop chat off unuh mouth cause unuh na buy music , s*ckunum*ma.” Harsh but I have to say, I get where Vybz Kartel is coming from. Do you think Jamaica has any chance at saving the music culture?

Vybz Kartel’s statement has raised some eyebrows on whether or not Sean Paul and Shaggy, who are two of the most commercially successful dancehall artistes of all-time, put out authentic dancehall music, or something else.