Erica Mena has received what many could consider the cutest, most adorable birthday gift ever. Husband Safaree Samuels ensured that his wife was in high spirits by gifting her a fluffy, white poodle for the start of her birthday celebration, even though her birthday is not until this Friday, November 08, 2019. If you cry easily then stay away from the video posted to both Safaree and Erica’s Instagram pages. It will definitely jerk a few tears as the young pup jumps around, plays with a ball, and seemingly dances to the music of the video. Safaree explained that he got the puppy from @woofwoofpuppiess. He also joked, “she’s gonna name him ‘Audemar.’” I wanted to call him badman [Smiling emoji] he’s gonna be dressed in only Jamaican dog clothes.”

His wife was clearly in love, reposting the video and leaving a beautiful caption below, “Meet Audemar Samuels our new baby which my husband surprised me with today. Thank you @woofwoofpuppiess for helping my husband find the exact color poodle I’ve been dying for. If you all recall I got my baby girl Emme from them. So excited to be adding to the family again because of @woofwoofpuppiess.”

The couple is expecting their first baby together after they made the revelation early in October. Both Safaree and Erica are clearly very excited about the birth of their little one, who would be the first child for Safareee.

“Wow, wow, it’s a big deal! Very big deal. I didn’t know I was capable of doing this,” mentioned Safaree. This will be Erica’s second child as she currently mothers son, King Conde. 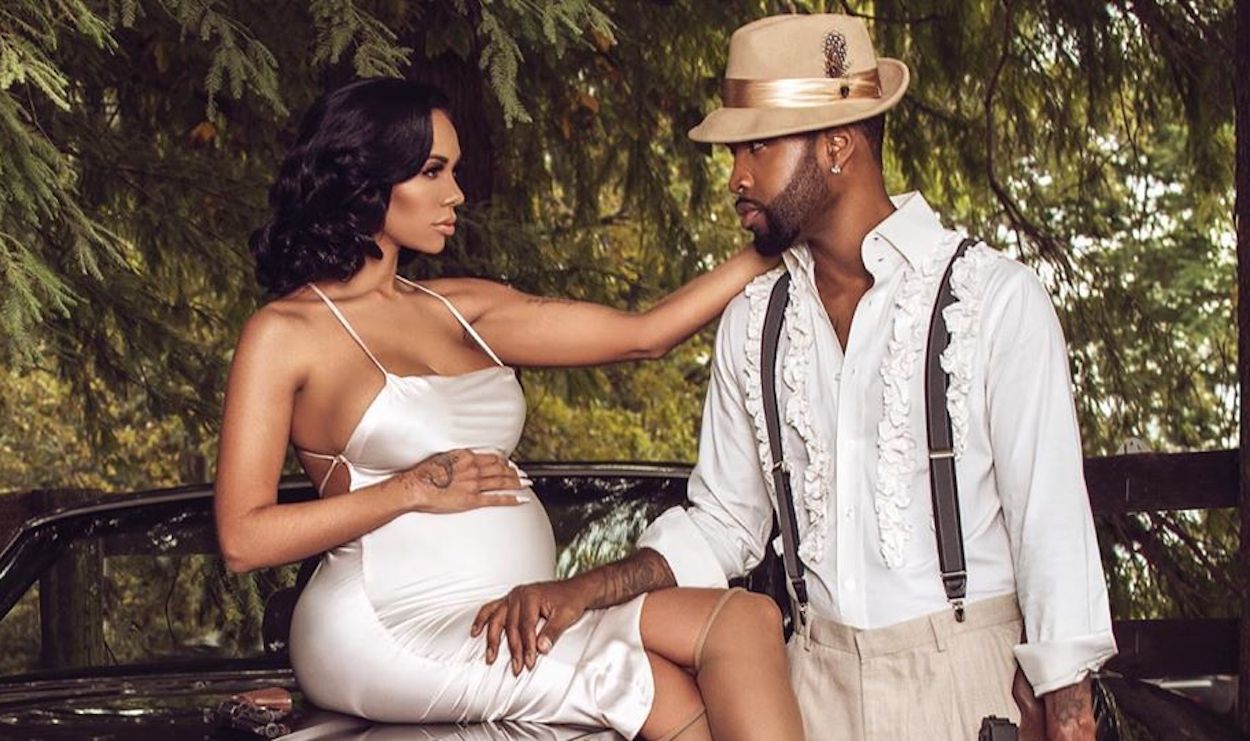 Safaree proposed to Erica back in 2018, and the ‘Love and Hip Hop’ couple tied the knot at a castle on October 07, 2019. Some A list stars attended their wedding like Remy Ma, Joe Budden, Papoose and members from Love & Hip Hop.

Even though Erica already knows the feeling of motherhood and caring for a new baby, she could use her new pup, Audemar, to test her parenting skills.