JAY-Z and Beyonce sent brand new Dayton Rolexes to their VIP guests for their upcoming event.

Does it get any richer than this? Beyonce and JAY-Z took the aristocrat game to a whole new level yesterday afternoon when they sent their VIP passes for the Shawn Carter Foundation Gala. The event that will be hosted at the Seminole Hard Rock Hotel and Casino on November 15 and 16 will feature a black tie gala and a blackjack tournament, according to Complex. Some special guests received some extravagant gifts along with their invitation to the lavish event on Tuesday. 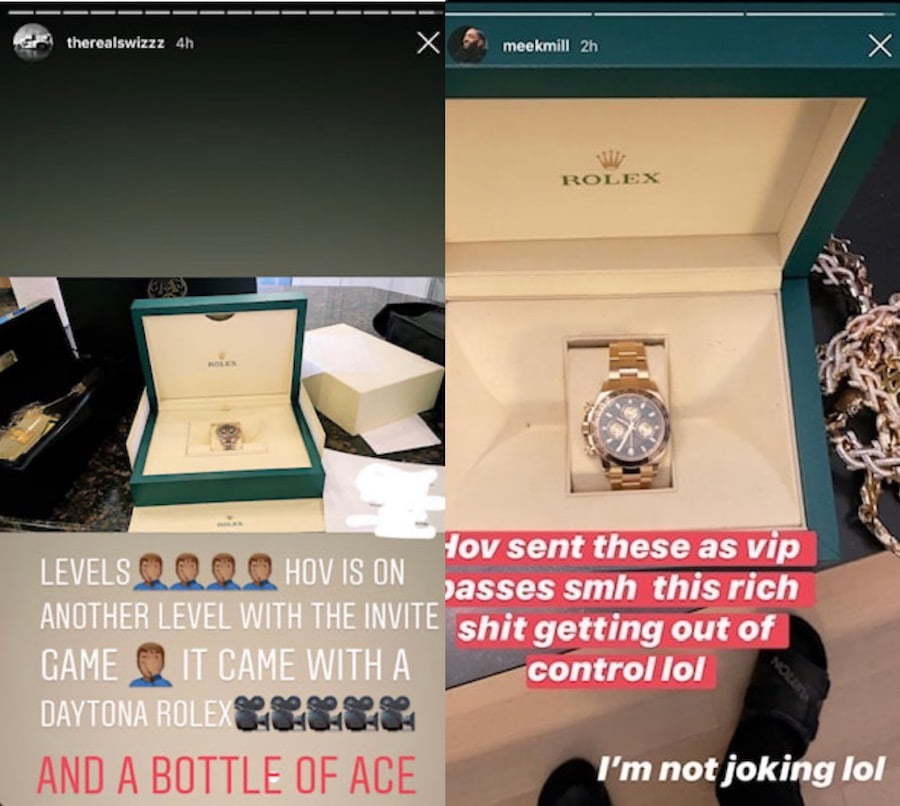 Meek Mill joked about the audacity of the VIP pass he received on Instagram. The Philly rapper captioned a photo of his new Rolex saying, “Hov sent these as vip passes smh this rich sh*t is getting out of control lol.” Also, in receipt of the pricey gift pass was Swizz Beats, who shared a picture of Jay’s special brand of Armand de Brignac champagne next to his new Rollie. “Levels. Hov is on another level with the invite game,” the legendary producer wrote. “It came with a Daytona Rolex and a bottle of Ace.”

What’s the point of being a billionaire if you can’t splurge hundreds of thousands on your friends? The Rolex watches are said to be valued at $40,000 while a bottle of Ace of Spades runs at about $300. This appetizer for the main event doesn’t even begin to scratch the surface of all the zeros that the Carters will be raking in at the foundation gala.

All the proceeds will go to the foundation’s continued effort to support education through scholarships and other incentives.

We’re still waiting for our bottle of Ace and our mint condition 5-figure Rolex. We understand that international mail can sometimes take longer, so no pressure Hov.

Excited to announce 15X Grammy Award winning icon @AliciaKeys for an exclusive, one-night only performance on November 16th to benefit the Shawn Carter Foundation. The @hardrockholly pre-sale starts tomorrow, October 4 at 10 am ET, followed by the public on-sale on Saturday. pic.twitter.com/louK5JsYjx