The G.O.O.D. Music rapper, who is now a born again Christian, drew a massive crowd at his Sunday Service at Emancipation Park in Kingston yesterday. Thousands of his Jamaican fans turned out to see Yeezus and his large choir performed. While patrons enjoyed the performance, some folks voiced their anger online when the famous rapper started selling some high priced Jamaican branded merch, including T-shirts with Jamaican emblems for US$200 and Jamaican theme Sunday Service caps for $60.

If you take a glance at Kanye West website, you will find items like “Jesus Is King Jamaica Hat” for $40, and “Jesus is King Jamaica Seal” T-shirt with a Jamaica flag emblem for $200. Some of the merch also has the famous hummingbird emblems. 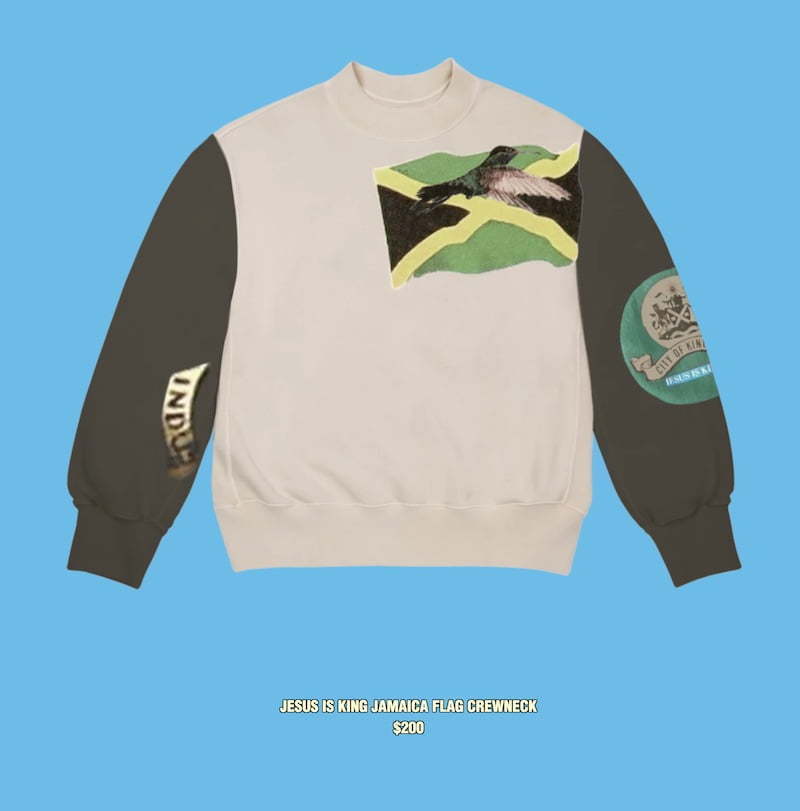 “Kanye is pathetic for doing this is exploitation to the fullest c’mon I just knew all a long this man is running a scam, my people wake up,” one person wrote on IG.

It’s unclear of Jamaica will benefit from the proceeds from the sale of the shirts, but Kanye West, with the help of the Jamaica Tourist Board, spent over US$1 million to stage the event in Kingston. One fan argued that perhaps the money from the merchandise sale is to replenish the investment Ye made into staging the event.

“Maybe am thinking different but Kanye spent US$1 million for the event which he didn’t have to so buying a couple T-shirts could help cover the cost for the event,” the fan wrote.

Nevertheless, the vast majority of fans were angry at the idea of Ye selling Jamaican merch, which appears to be him exploiting the culture. Earlier this month, Joe Budden called Kanye’s Sunday Service a “scam” while saying that he would not be supporting it in no way shape or form.