Fans are desperate to know why Lil Fizz doesn’t have the same energy for his baby mama Moneice Slaughter, the way he has for his alleged best friend, Omarion’s ex and baby mama, Apryl Jones. The pair share a friendship so close that many still question it to this day.

Love & Hip Hop is a reality show that is best known for its high volume of drama and feuds. The Hollywood installment of the show featured pretty scandalous moments which also transitioned to off-camera events. The whole Moniece, Fizz, Apryl, Omarion debacle has been kept getting juicier with new allegations that Fizz and Apryl are in an intimate relationship.

Why would this be an issue for anyone? Well, Fizz is a member of the group B2K, the same group that Omarion is the lead for, and Apryl well, she is Omarion’s ex and mother to his children. Confused? Basically, Lil Fizz is dating his estranged best friend/bandmate’s baby mama, Apryl Jones. At the same time, Fizz and his baby mama, Moniece, have a pretty tumultuous relationship. 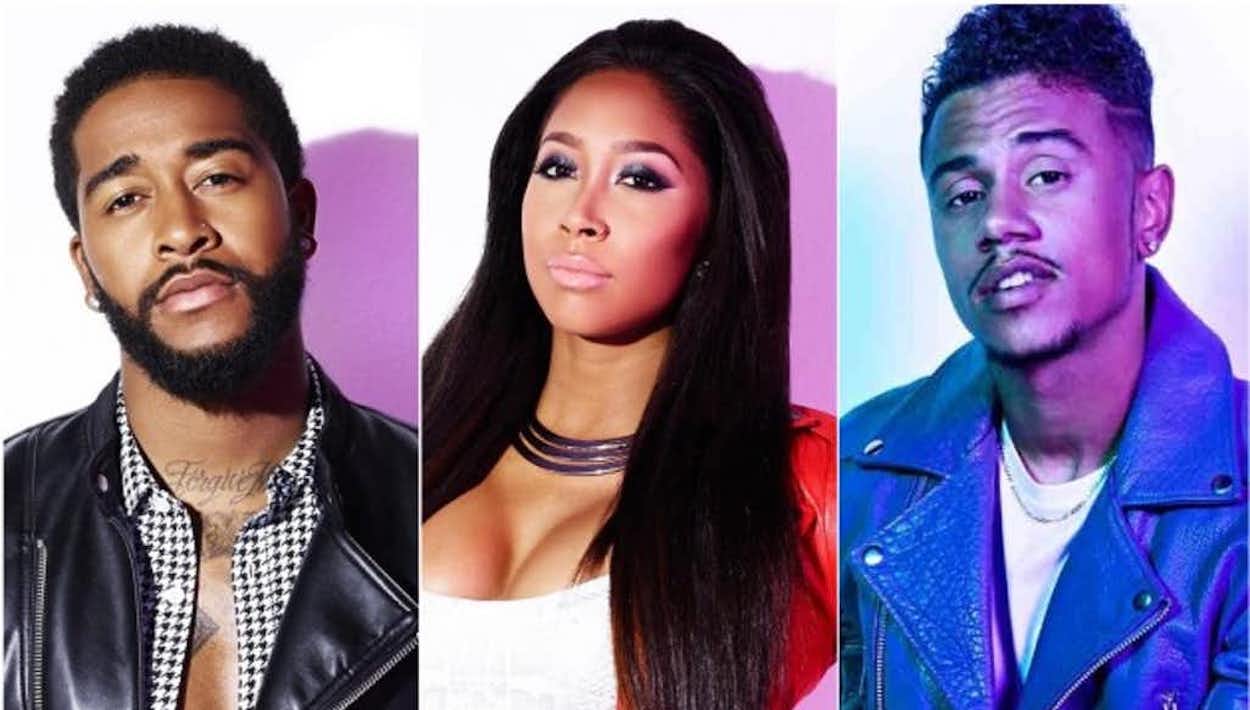 The relationship between Lil Fizz and his baby mama Moneice has been strained for years, and they’ve had many heated arguments between them. Moniece made accusations that Fizz was dating Apryl Jones, ex-girlfriend to Fizz’s B2k groupmate Omarion and mother of his two children. Hollywood Unlocked shared a video and a few photos where they were laying in bed together insinuating that Fizz and Apryl were getting closer than close. Moniece then took it upon herself to “congratulate” them on their relationship.

Fans bashed Apryl and Fizz citing they could never enter into a relationship with the ex of their friend, brother, bandmate or co-worker. Apryl made matters worse when she posted a video detailing and namedropping all the men in the business who wants to get down with her including The Game, A$AP Rocky, Kevin Durant, Paul Pierce, Shaquille O’Neal, and Lil Fizz.

Then in a means to promote their upcoming series, Love & Hip Hop posted a Digital Exclusive with Apryl where she discussed her relationship with Fizz who she calls by his real first name, Dreux.

Apryl Jones went on to state that she and Lil Fizz are just friends and nothing more, “I have fallen in love with best friends before,” before adding that she is not opposed to loving Lil Fizz.

Fans have been on Moniece’s side through the entirety of the situation, praising her for her honesty. Fans have congratulated Omarion on being the best at being unbothered, citing his lack of response to Fizz and Apryl’s dating rumors.

During the show thus far, Fizz has continually made use of his camera time, to berate and ridicule the mother of his child and has been filmed making negative comments about her singing career. During the latest episode, a very emotional touching and moving moment with Fizz, Apryl and Apryl’s parents. Apryl’s mom emotionally voiced her gratitude to Fizz for standing by Apryl when Omarion left her high and dry. Fizz stated that he felt for Apryl and her situation but didn’t go into any details. Tears flowed, and it was a precious heartfelt moment.

However, fans who watched the episode did not share those sentiments. Fans began to bash Fizz questioning his love and devotion to Apryl while she endured her hardships with Omarion, while he quickly dismisses Moniece, the mother of his son never supporting her through all of her battles.

Everything about this is just ?????? the #Shaderoom comments are hilarious though!!! They said he don't even go here and she brought her baby daddy co-worker to her mama house ????????? #LHHHollywood . Posted by: @sexceeonassis

One fan stated, “but can’t be there for the mother of his child…. CLOWN,” while another added, “I just can’t for the life of me get with this ! Good bye Fizzle Pop & April Fool.”

Fans are desperate for this whole dilemma to come to an end, as they will never be able to relate to Fizz and Apryl’s alleged friendship.

Fizz and Apryl are really made for each other. Both of them love blaming their ex partner for everything when they’re the messy ones #lhhhollywood #LHHH pic.twitter.com/DylFEb2utg

Apryl will give Ryan the coochie for a free tattoo ? but wants us to believe she didn’t smash Fizz. #LHHH pic.twitter.com/FP7jAW4Afg

Here comes this fake ass thank you to Fizz for saving Apryl…
Meanwhile Moniece ass was over there dying and you was like…..#LHHH pic.twitter.com/D1VB57WA1V

I followed Omarion on IG simply because I admire how much dust he has been paying Apryl and Fizz this whole time. I aspire to be on that level of unbothered. #lhhh #lhhhollywood

So over Fizz n Apryl… How you give your bm your ass to kiss when she's going thru depression but bend over backwards for somebody else bm… #lhhhollywood #vh1 pic.twitter.com/q9MtDsWakc