Help us send condolences to Rihanna and her family amidst the death of her uncle, Rudy Fenty.

Reports started circulating yesterday that Rihanna has been quietly mourning the death of her uncle who was hospitalized. The Bajan pop star confirmed via Instagram on Tuesday night that her uncle Rudy has died. She shared a photo of her dad, Ronald Fenty, standing beside his brother in a recent photo. “RIP uncle Rudy!” she wrote in the caption. Since posting the pic, RiRi has been getting a ton of support from her Navy and her celebrity friends.

The circumstances surrounding the passing of Rudy was not revealed by Rihanna nor her family, but sources say he fell ill and was hospitalized at the time of his death. We’re told that the “Work” singer and her uncle were close and as a result of his passing, she will be taking some downtime to mourn. 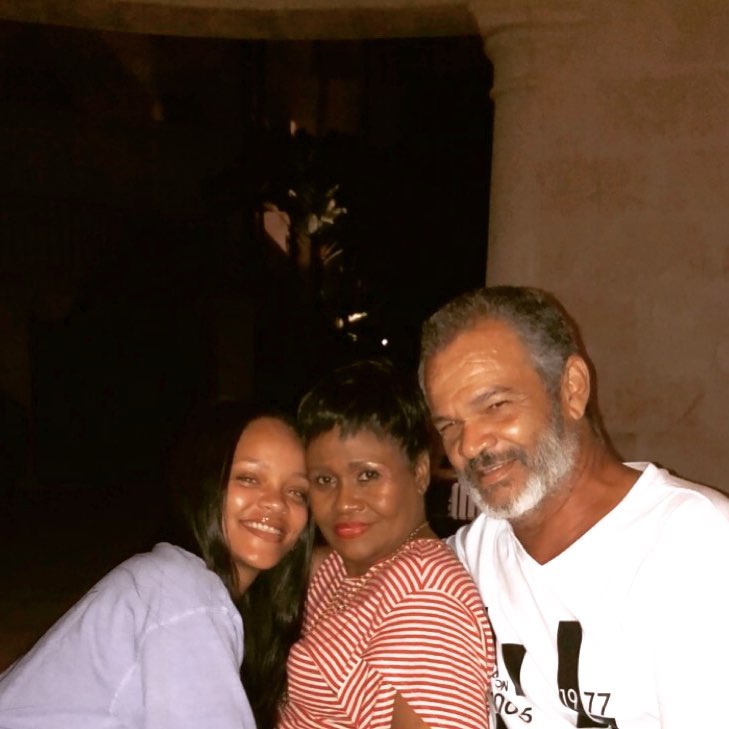 Rihanna lost another member of her family in 2012 when her late grandmother Clara Brathwaite died following a battle with cancer. The fashion mogul named her Clara Lionel Foundation after her grandparents, whom she shared a close bond. Rihanna’s grandfather Lionel Braithwaite celebrated his 90th birthday in November last year, and she was in Barbados to celebrate the milestone with him.

Earlier this month, Rihanna hosted a hugely success Diamond Ball in New York City with proceeds from the event going towards the Clara Lionel Foundation. The charitable organization was launched in 2012 with the primary goal of helping impoverished communities around the world and help provide education and healthcare to young girls. Over the past few years, Rihanna spent a significant amount of time and her own money in Africa to help provide education and much need healthcare across the continent. She also recently pledged to help the Bahamas following the devastation of hurricane Dorian.

Condolences to Rihanna and her family as they mourn the loss of a prominent member of their family. RIP Rudy Fenty.