Rihanna has been extremely busy this year from managing her beauty and fashion lines to juggling her new album and now starring in a movie?

We’ve seen the Bajan goddess on the big screen before in movies like “Battleship” and “Ocean’s 8” but we’re still salivating for more on-screen action from the famous singer. Rihanna recently stirred up some whispers online when she posted a video of her black matte leather-rubber Fenty boots. She mentioned in the caption for the Instagram post, “bat-mobile – but make it fashion!” This incited the idea that Rihanna would be playing the part of ‘Poison Ivy’ in the new Batman movie.

Thankfully, Entertainment Tonight caught up with Rihanna in the comfort of her 5th annual Diamond Ball last week in New York City and got her to talking. Initially, the singer played it off like she was completely oblivious to the very loud rumors online. When the boot video was mentioned as an integral part of what sparked the speculation she said, “Oh that?! That!!? Are you serious?” Rihanna said in diselief. “No that has nothing to do with Poison Ivy. That has to do a lot with Batman, I have separate obsessions.” 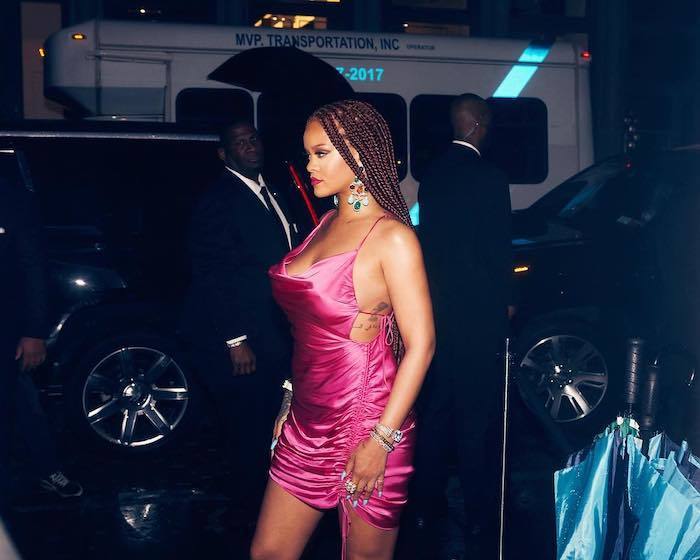 According to Music News Facts on Twitter, Warner Bros is reportedly eyeing to cast Rihanna as DCEU’s Poison Ivy for their next Batman movie! They further stated that the singer is just one of a few names on the studio’s internal wishlist. Rihanna confirmed that she might be interested in the part if it were offered to her because she’s such a huge Poison Ivy fan. The singer is particularly fond of Uma Thurman’s 1997 portrayal of the character.

“I have a bigger obsession with Poison Ivy, I’m just being honest. And yeah, I died my hair red because of Uma Thurman in the original. You know what, they didn’t call me yet. But if they did, I would love to go in and try out because Poison Ivy is one of my obsessions in life,” she added. “I did it for Halloween one year, I mean, come on.”

Someone please call up Matt Reeves and tell him this queen is ready.

bat-mobile , but make it fashion! get into this matte leather-rubber fusion tho. @fenty