The Barbz found Erica Mena and harassed her on the street.

Nicki Minaj fans are known for being one of the most loyal and at times ruthless fanbases of any celebrity. The “Barbz” continue to prove their love for the Queen of rap by attacking an enemy of hers including Cardi B, and now her ex-boyfriend’s new fiancee, Love & Hip Hop star Erica Mena.

Erica, who is currently engaged to Safaree Samuels, was seen leaving Rihanna’s Diamond Ball Thursday evening and a video surfaced of her being harassed by some Nicki fans. As she and her entourage waited for her car to pull up, a group of people started calling Erica herself a “barb,” the term coined for Nicki Minaj fans after she began calling herself a Barbie early in her career. 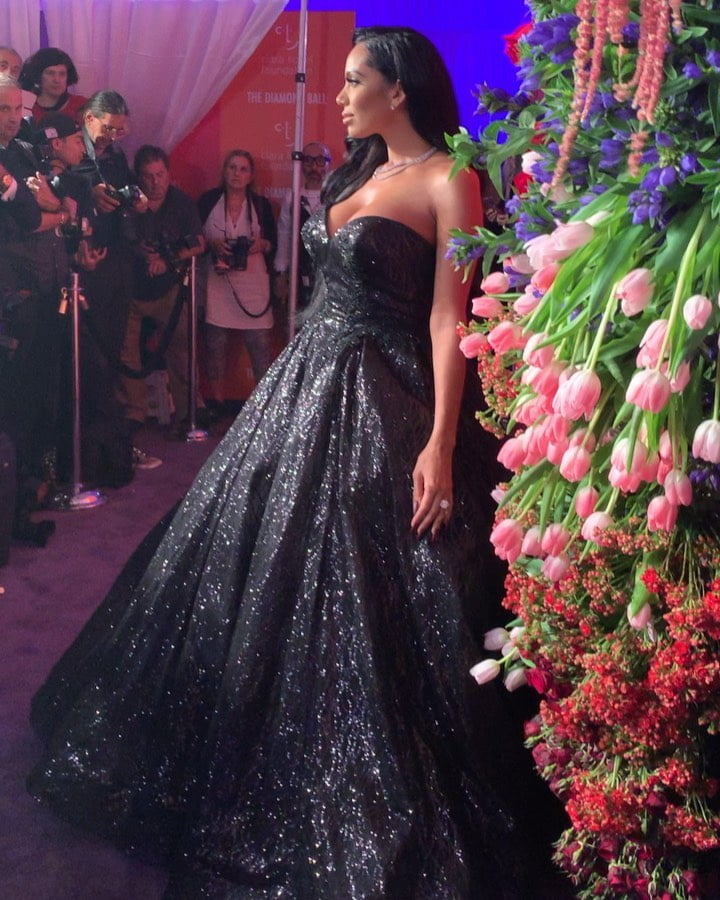 Erica calmly replied, “I’m not a part of that,” but the fans continued to try and get a reaction out of her. “You’re one of Nicki’s barbs,” one is heard saying on camera. Nicki Minaj and Safaree dated for years and have both publicly dated other celebrities since their split. Needless to say, these fans saw this as an opportunity to defend her honor anyways.

Erica’s assistant tried to come to her defense, claiming she had never heard of the term “barb” to which a fan replied, “You’re holding the dress of a barb.” Another fan noticed Erica’s irritation and made fun of the fact that she was getting upset. But the reality star kept her cool and stopped responding to their teases as she began taking photos with friends.

Towards the end of the video, the fans complimented Erica’s glamorous appearance, but left it by saying she looked good because “All barbs are gorgeous.”

Catch the full encounter below.