Young Thug sought some medical treatment over the weekend.

The Atlanta rapper gave his fans a scare yesterday when he posted a photo of himself laying on a hospital bed with a drip in his hand. Sources have since confirmed with Urban Islandz that Thugger received treatment for dehydration and was advised by doctors to take some downtime. Young Thug released his new album, So Much Fun, last month and has been doing back to back press runs for the past two weeks.

We’re told that he has been getting little to no sleep and is just exhausted and dehydrated. This is very common among artists these days, especially when they’ve been on tour extensively. Ed Sheeran recently announced that he would be taking a hiatus from tour and music after the end of his hugely successful “Divide Tour.” The tour is now the highest-grossing tour in history, grossing over $737 million and selling over 8.5 million tickets worldwide. The singer told his fans that he would be taking at least 18 months off because he just needs a break. 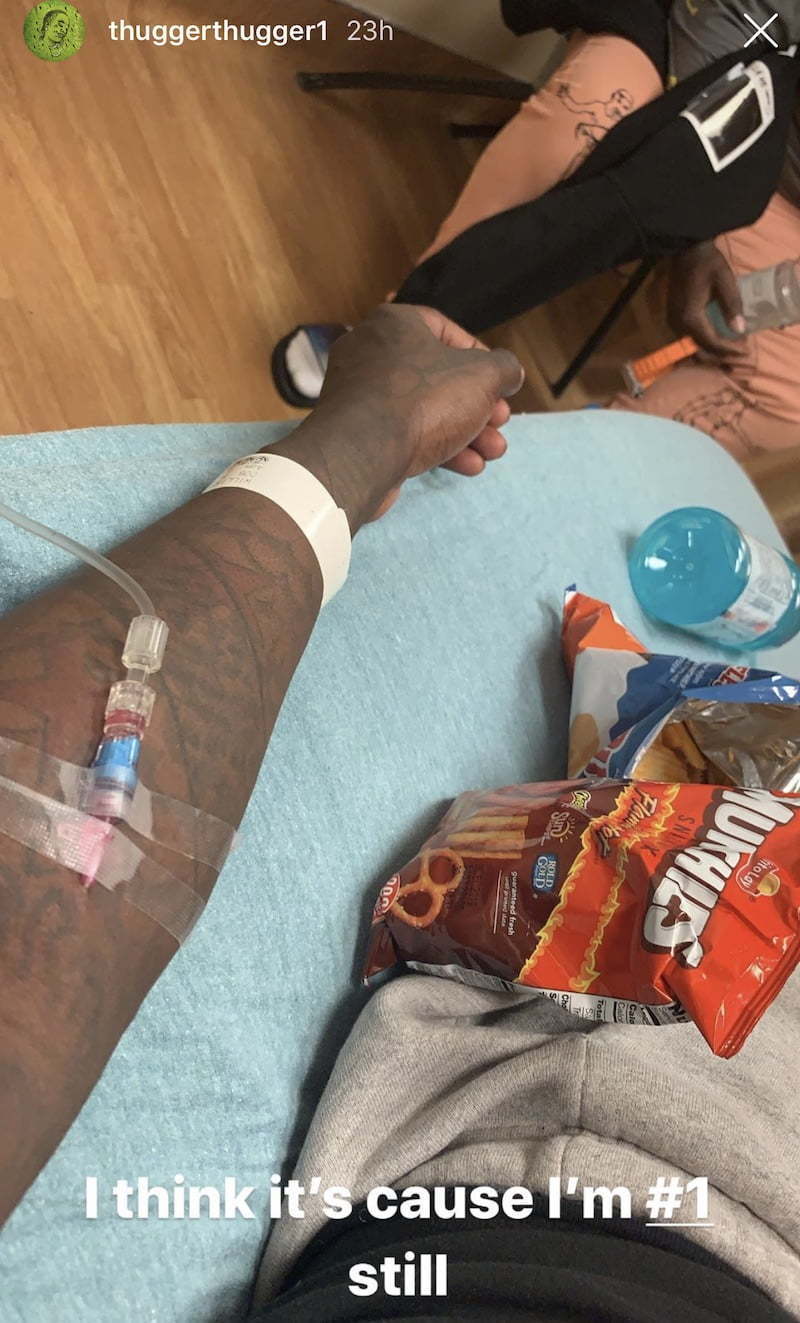 Despite the seriousness of his health concerns, Young Thug made light of the situation. “I think it’s cause I’m #1 still,” he wrote.

Thugger’s new album, So Much Fun, debuts at No. 1 on the Billboard 200 chart last week after selling 131,000 album-equivalent units in the first week of release. The album marks Young Thug’s first time topping the chart and his fifth album to debut in the top 10.