Will Vybz Kartel and Ninjaman be able to record music while behind bars legally?

Vybz Kartel is known by many as Jamaica’s top dancehall artiste for many years now, and he has a huge following that is very invested in seeing him freed from prison. Vybz Kartel, whose real name is Adidja Palmer, was first arrested in 2011. He was taken into custody by police for marijuana possession and later charged with murder, conspiracy and illegal possession of a firearm. He was convicted and sentenced to life in prison for the murder of Clive “Lizard” Williams. Following his conviction, Kartel received the harshest sentence of any of his co-defendants: he will serve 35 years in jail before he will be eligible for parole. Many fans believe that the artiste is innocent or at the very least think that the evidence was insufficient and tampered with by police. He is currently appealing his conviction.

Alongside Vybz Kartel another popular dancehall deejay, Ninjaman, whose real name Desmond John Ballentine, is also serving life behind bars. In March 2009, Ninjaman, along with his son Janiel, was arrested and charged in connection with the murder of Ricardo Johnson on Marl Road, Kingston, Jamaica. On November 20, 2017, Ninjaman and his co-accused were found guilty. On December 18, 2017, Ballentine was sentenced to life in prison, with the possibility of parole after 25 years.

It will be a huge deal if these two dancehall heavyweights are able to record music in prison legally?

Superintendent Gladstone Wright, a retired police officer who is in charge of the newly reinstated Rehabilitation Through Music program, sat down with host, Winford Williams of Onstage TV. Wright went into detail about the possibility of this happening. This is the same program that is responsible for Jah Cure being able to record in 2005 while incarcerated.

Winford started the interview stating that many persons would agree that prisoners should not be allowed to record music and should not even be given the opportunity to listen to music while in prison. Superintendent Wright responded, stating that the program came about as a means to bridge the gap between the inner-city communities and the police. He made mention that the program died out after he decided to retire. Superintendent Wright added that he firmly believes that the program helped Jah Cure and at that time he was the most celebrated inmate in prison in the entire Caribbean to which host Winford agreed saying, “No doubt, he was a big star behind bars.”

The Superintendent stated that the program has grown significantly, and many more inmates are now participating. He noted that the standards of the recordings are much better than before as they now have access to radio station studios.

The retired police officer explained that they have been recording consistently for the past two years and are at the point at which they will be publishing two albums. Host Windford followed that up by asking about Jah Wiz, who is the spokesperson for the rehabilitation program. He asked, ” Jah Wiz is one of the beneficiaries of the program? ” To which the superintendent responded, “Of Course he is.” He further went on to say, “I met Jah Wiz before he went in and he was a star. When I heard he was incarcerated, I couldn’t even go and look for him because I was so disappointed and surprised. Then he spent I think nine months and came out and indicated he would like to join the program and he came in.” The officer went further into detail explaining that Jah Wiz wanted to give back and say he was sorry and his song “Take Responsibility ” is a true representation of that and showcases his passion and vision.

Host Winford then went on to ask the highly anticipated question, will Vybz Kartel and Ninjaman be a part of the program? To which the Superintendent responded, “It is very possible.” He further elaborated that the decision would not be up to him, but instead, the Department of Corrections and the Inmates involved. He made mention of the fact that everyone who participates in the program has to sign a consent form. The individuals would have to indicate their readiness, and then they would be processed. 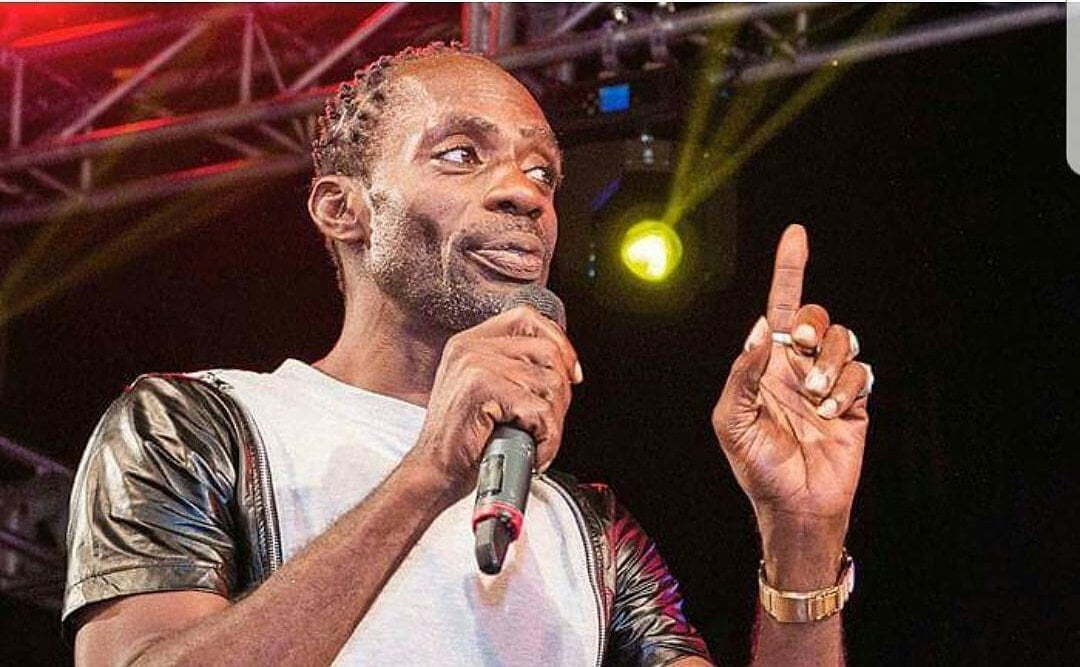 Mr. Wright went into greater detail, informing Winford that there are inmates with the ability to sing but are still not a part of the program as they don’t portray the necessary attitudes. He went on to explain that the inmates involved have to show signs that they are ready to be rehabilitated and then they are vetted once it is proven and satisfactory that the inmate is on the path to recovery. The officer explained that persons commit a crime and are convicted and at that point while serving their time would need to show signs of remorse.

Now, this is where the interview gets pretty interesting as Winford queries, ” So they need to show that they are sorry for their crimes, even if they are not guilty? ” Mr. Wright responded, ” Well, the court says they are guilty, the department of corrections has to operate in a way that they are guilty.”

Winford quickly follows up with questions about the fact that Vybz Kartel’s case is under review and if that fact would make him ineligible. He went on to ask if the case would need first to be settled for Vybz Kartel to take part in the program, to which Mr. Wright responded that he is not in charge of the law. The host went on to explain the very definition of rehabilitation and explained that if Vybz Kartel is contesting his case, then he would in fact not be rehabilitated thus he would not meet the requirements for the program. The officer once again stressed that he is in no position to interpret the law and that his sole purpose is to assist the inmates with recording once they have successfully signed up for the program.

When asked about Ninjaman, the officer responded that Ninjaman would be of the same fate as Vybz Kartel and that Ninjaman has told his story many times and as such other inmates would more likely be given preference. He went on to say that there is a pretty long line and list, and there are many inmates incarcerated who would like to be a part of the program. He elaborated that they are currently working with over 30 individuals. When asked about the rights and intellectual property of the music, the officer stated that all that is being worked out. He also went on to further say he is unsure of where the profits from Jah Cure’s recording went if the artist was able to keep it all.

The officer closed by saying, “not only do I want to rehabilitate those that are in, but I want to prevent some from going in.”

This interview has created an enormous uproar in the music community, with many comparing the rehabilitative program to present day slavery. Stating that the artistes would be “owned” and that if Vybz Kartel does join this program, it would be seen as an admission of guilt which the artiste is unlikely to do as he has maintained his innocence all this time. Many are in support of the artiste being released immediately stating that his music is too important and that the potential of financial influx from his concerts would greatly benefit Jamaica.