Dancehall star Agent Sasco, the man call Assassin, and his wife Nicole McLaren-Campbell are serving some serious couples goals on work/vacation in Europe.

From all indications, Agent Sasco and his wife Nicole have been having a very grand time in Italy. The artiste, whose real name is Jeffrey Campbell, has been posting photos of himself and Mrs. Campbell out and about in sections of Lago d’Idro and Salo Lake Garda in Northern Italy over the last few days. Many compliments have been pouring out from Sasco fans about the love the 36-year-old consistently shows to his wife and kids.

“Beautiful love. Some y’all men need to watch and start to treat y’all women like a queen,” iam_ieash stated under a post of the couple enjoying themselves in the sea of Lago d’Idro. 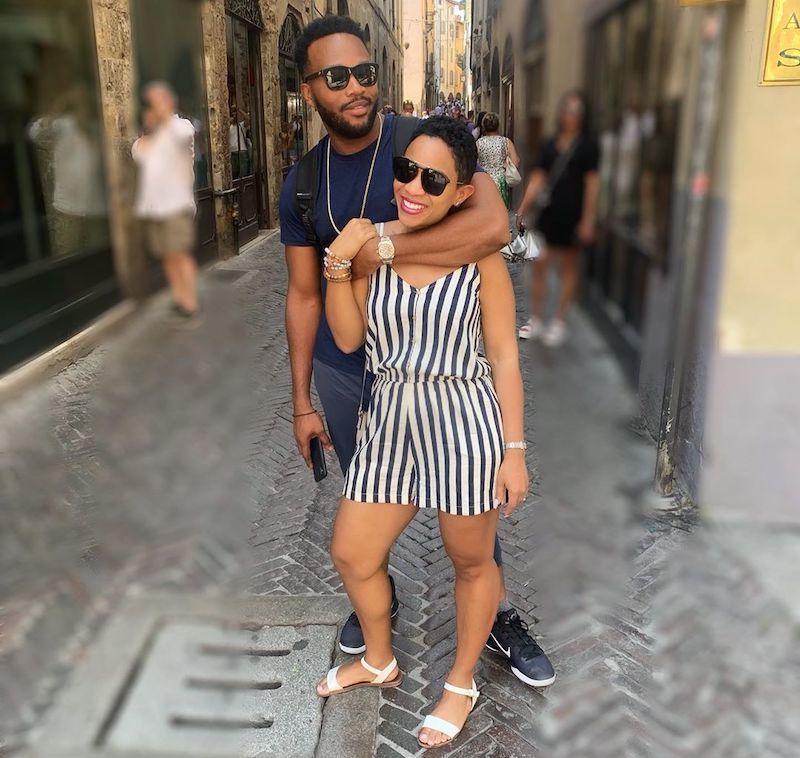 In another photo snapped at Salo Lake Garda, Nicole is seen in a white flaired mini skirt and sandals touching Sasco’s chin as he leans on a motorcar.

“Powerful Afrocentric love. Exemplary,” were the words which came from ketels, while another fan sent his blessings to the couple whom he described as “two great people.”

“Admire the family and the calm. May the almighty encamp you with his blessings,” he said.

In another very heartwarming post, the Camperdown High School old boy sports a donkey mask while his spouse is having a fit of laughter.

Sasco performed in Bergamo Italy several days ago following a stint in Zurich. He posted a clip of his performance of his new single “Slow down Baby” at an outdoor venue with scores of Italians singing along and dancing to the beat, which evoked a myriad of positive comments from his adoring fans, who cheered him on.

The star is among the artists booked to perform at the Reggae Sumfest music festival in Montego Bay later this month.