Alkaline says he is the Young Lawd.

While Beenie Man and Vybz Kartel are battling each other over who is the “King of Dancehall,” Alkaline is saying that he is okay being the Young Lawd. The Vendetta deejay bestowed the title upon himself since his emergence on the dancehall scene in 2013. Over the years, dancehall has been a battlefield for total domination. Beenie Man says he got his crown from the 1990s and there was no one to challenge him back then. Despite being incarcerated, Vybz Kartel now thinks that he is the rightful king.

Alkaline took a jab at the two deejays on Instagram this past weekend while reaffirming his possession in the dancehall space. “See some a unu a fight ova di don,” he wrote in a message on his Instagram Story. “Unuh can keep it. Me addi young lawd.” 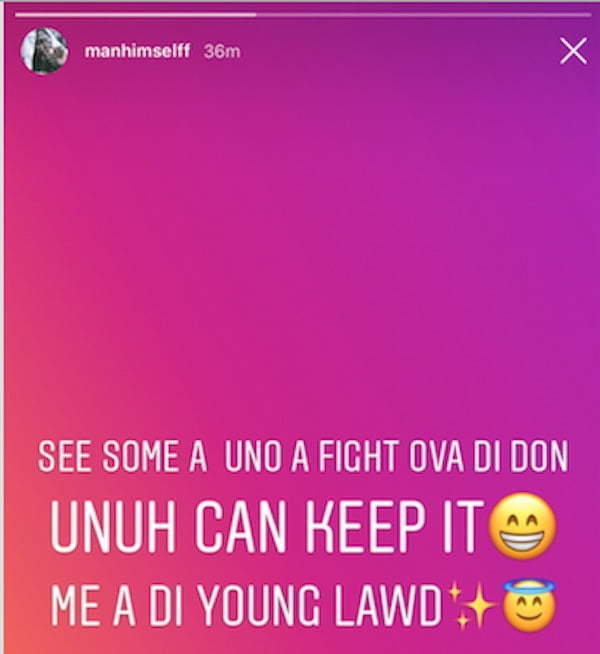 While he didn’t namedrop any of the two dancehall titans, fans already drew their conclusion who the message is for.

“Alkaline a mek the two idiots them fight over who is king but a Young Lawd,” one fan wrote while another added, “Beenie and Kartel this a go for but let the chips fall where they may Young Lawd.”

Alka has been relatively quiet this year so far with only a handful of new music, leading some fans to start suggesting that he fell off. Perhaps this message is his cue to say that some new music is on the way.