Mavado hinted that he might be back in Jamaica to support his teenage son who will be going on trial for murder.

It’s been a year since Mavado left the island for the United States where he is a legal permanent resident. The dancehall singjay has steered clear of the island after cops issued a wanted notice for him to turn himself in for questioning. The Gully Gad ignored the warning from cops while opting to remain overseas because his life could be in danger if he returns to Jamaica. Now he might be back in the island.

Mavado posted a new photo of himself on Instagram last night which appears to be taken at his mansion in St. Andrew. “The rain,” he captioned the photo. At the time of the post, it was raining in Kingston. Of course, Vado could also be referring to the problems that he and his family have been going through over the past year. 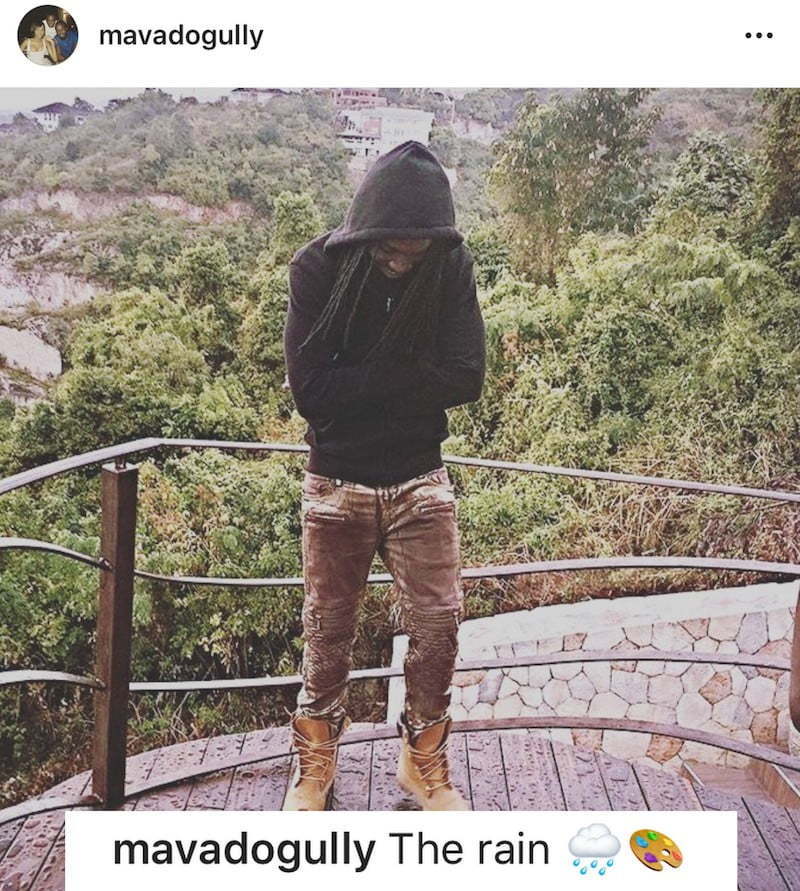 Mavado was shot at in Cassava Piece, the community where he grew up, in June last year. Sources say he intervened in a domestic dispute between a man in the community and his son. The man fled the scene and came back with his friends firing shots at Mavado who ran to the Constant Spring police station.

A few days later, 23-year-old Andre Hinds was killed at his home in Cassava Piece and his body set on fire. Law enforcement officials say they have text message evidence that Mavado’s teenage son ordered the hit on Hinds. The 16-year-old was arrested and charged with murder, gun possession, possession of ammunition, and arson. The singer received criticism from some fans for leaving the island while his son is behind bars facing possible life in prison.

In January, a judge ruled that the teenager must stand trial as an adult for the crimes he is accused of. He is currently being held at a detention center in Kingston without bail.