Soulja Boy is willing to drop a guest verse on a track for ten racks.

Big Draco knows how to make money. One moment he is selling game consoles online, and the next moment he is selling watches. Now the SODMG rapper announced on social media that his guest verses now cost $10,000. “In the studio recording today get a feature for $10,000 for me,” he wrote while adding, $2,500 for a Soulja Boy beat.”

Soulja Boy is facing a new lawsuit for fleecing an Army Captain out of nearly $9K for a gig in Birmingham last week that he failed to show up. Perhaps he was trying to make a quick ten grand to repay his debt. 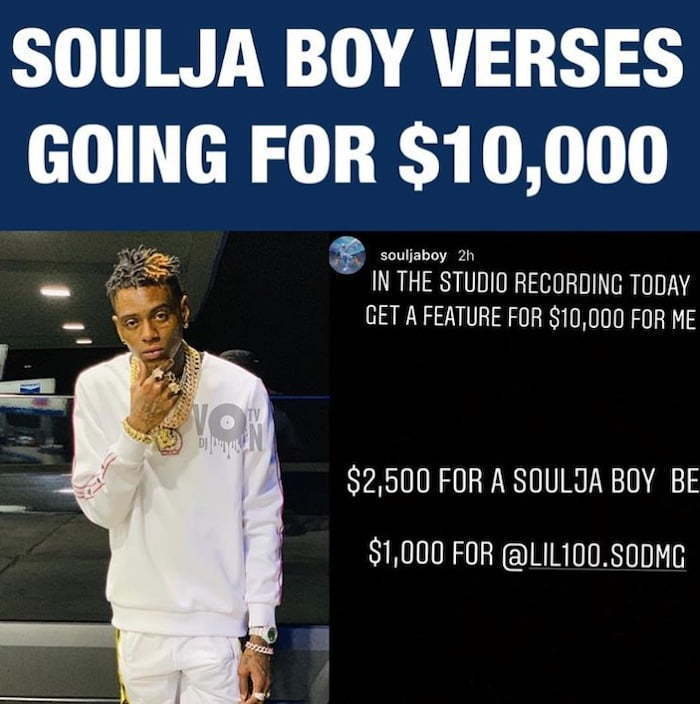 In January, Draco signed a publishing deal with Warner/Chappell Music, and now he is rumored to be working on a new album. Would you cop a Soulja Boy verse for $10,000?