NBA YoungBoy is responding to recent reports about him being a father again and dating Floyd Mayweather’s daughter.

Last week, YoungBoy Never Broke Again ex-girlfriend Jania announced the birth of her baby girl Kacey. She confirmed her pregnancy months ago while telling her followers on social media that NBA YoungBoy is her baby daddy. The Baton Rouge rapper tweeted last night that he is a father of four. Jania’s baby would’ve been his fifth child, and get this, he is only 19 years old.

“I have only 4 sons and I don’t date nobody,” YoungBoy tweeted before deleting the tweet. In the same PSA on Twitter, he denied reports that he is dating Floyd Mayweather’s daughter Iyanna Mayweather. She confirmed this week that they are an item. She posted a photo of them together with the caption, “I love you.”

Perhaps YoungBoy received a phone call from Floyd Mayweather after he saw his daughter’s post, or maybe he is just trying to keep their budding relationship under wraps. Nevertheless, his message was well received and only left more questions than answers particularly when it comes to his alleged new baby girl. 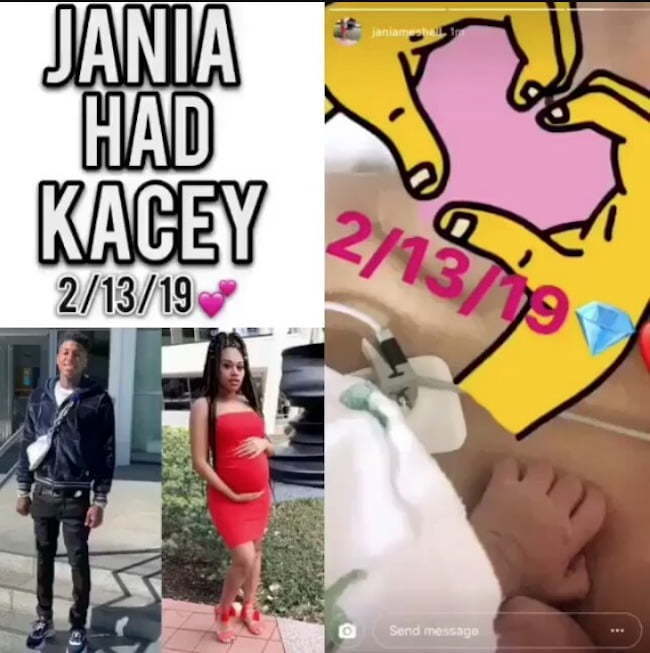 YoungBoy Never Broke Again got a new music video out for his single “Slime Belief.” He is also working on a new project due sometime this year. Expect some announcements from him on social media sometime soon..