DJ Khaled and Mavado are cooking, and they’re serving visuals with it.

DJ Khaled taps Mavado for a new single which will be featured on his upcoming album “Father Of Asahd.” The rapper/producer and the dancehall hitmaker shoot the music video for the single in Miami last week. MVP singjay Jahmiel was also on the set, but it’s unclear if he will be featured in the video. There aren’t any more details surrounding the single except that will be featured on the highly anticipated album. 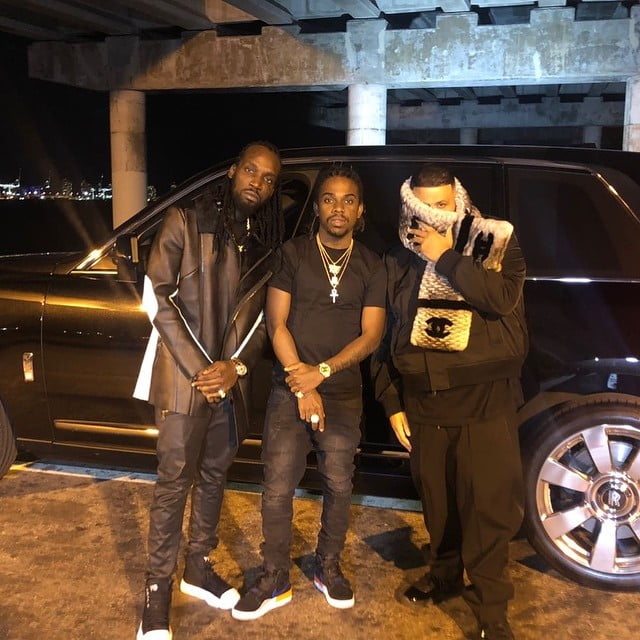 DJ Khaled was in Jamaica for a week in December last year where he recorded some new music with Buju Banton and Sizzla Kalonji. The mega-producer even visited Sizzla’s at Judgement Yard in August Town where they shoot a music video.

“Father Of Asahd” is due for release sometime this year.

GULLY SIDE WE THE BEST @mavadogully x FATHER OF ASAHD Mavado vocals in ! @wethebestmusic