Bounty Killer had a serious clap back for a Vybz Kartel fan.

Earlier this week, Bounty Killer wish Vybz Kartel a happy birthday, and some of the Worl’Boss fans are suggesting that the dancehall legend is begging friend. If you’re unfamiliar with the history between Killer and Kartel, then you would know that Grunggaadzilla is responsible for giving the incarcerated deejay his big break. So they have a history that also involves a bitter falling out between the two. 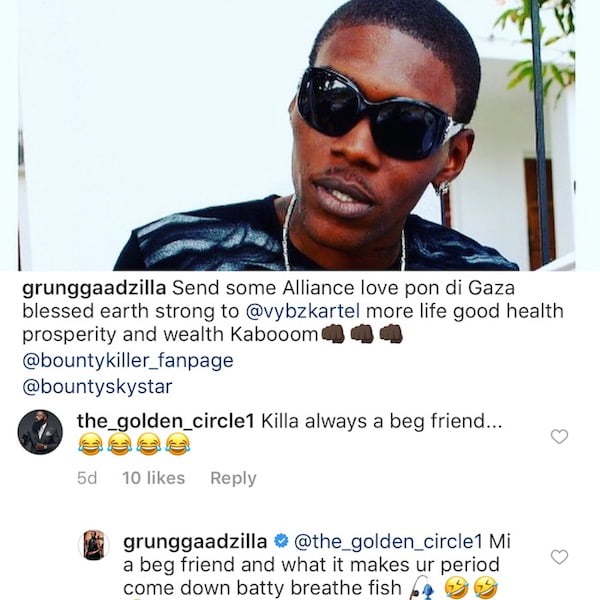 Bounty claps back saying, “Mi a beg friend and what it makes your period come down batty breath fish.” If you’re Jamaican, then this should be easy for you to translate.