50 Cent told Cardi B to go home to Offset because “that boy love you.”

While some are rejoicing that Cardi B ended her relationship with her cheating baby daddy Offset, others like 50 Cent thinks she is making a big mistake leaving him. The Migos rapper broke his silence last weekend saying that he misses his boo. Whether or not there will be a reconciliation is not known because Cardi B appears to be hurting and she is already talking about getting a divorce.

Last night she posted a video of herself donning a watch jewel outfit for her “Money” music video. 50 Cent left two comments on her posts where he pretty much told her to go back home and work things out with Offset. “That’s a cute outfit but you gotta go home. That boy love you girl,” Fifty wrote before adding, “No Divorce, ok chill out.” 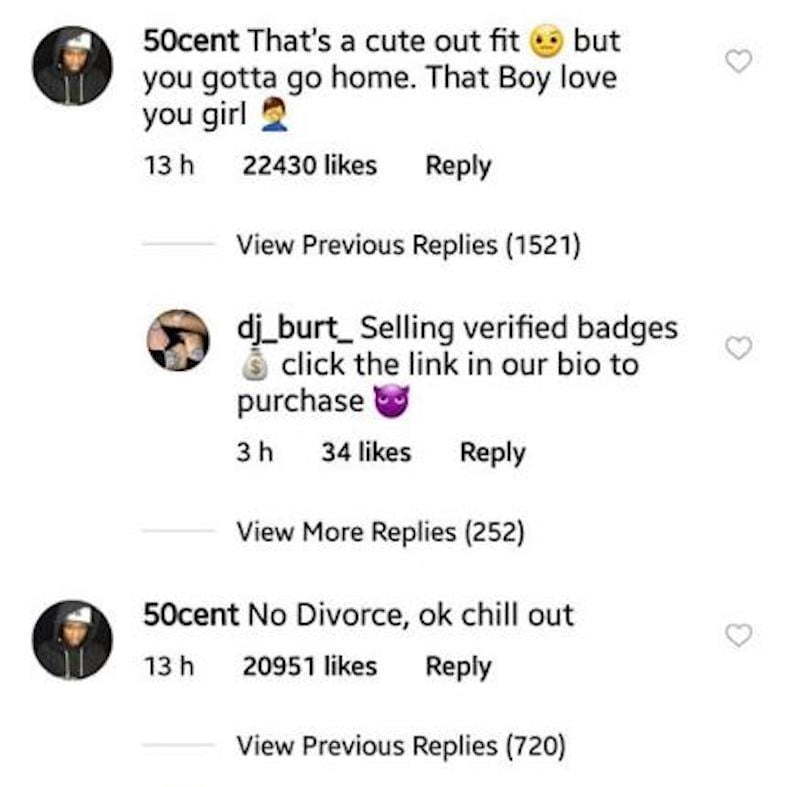 Who would’ve thought that the G-Unit legend would be rooting for Cardi and Offset relationship this much? He even mentioned that he doesn’t care what the “Bodak Yellow” rapper’s thoughts on the issue are, but the Migos MC should go and get his girl.

As for 50 Cent, he has more worrying things to give his attention, like the safety of his Power crew members. On Monday, Starz confirmed that a crew member lost his life in a tragic accident on set the TV series in Brooklyn. Fifty shared his reaction on the Gram, but then he went right back to his old antics.

MONEY MUSIC VIDEO WILL BE OUT SOON???