Buju Banton was released from prison early this morning a source confirmed with Urban Islandz.

Grammy-winning reggae star Buju Banton is one step closer to reuniting with his family in Jamaica. The singer, who spent ten years in federal prison, was released early Friday morning (December 7) and is now being held in ICE custody. Sources close to the reggae star told Urban Islandz that he is expected to be on a flight destined for Jamaica sometime later today or tomorrow.

“He was released from prison early this morning, and he is moving fast to be transported to Jamaica, so expect him on Jamaican soil within hours from now or tomorrow the latest,” our source said while requesting anonymity.

We’re told that Buju Banton was transported to Florida where his flight will leave from to Jamaica. The “Driver” deejay was sentenced to ten years in prison for a 2011 drug trafficking conviction. He went on to lose several appeals all while maintaining his innocence.

In 2015, Buju Banton decided that he would stop fighting and serve out his full sentence. The judge dismissed a gun charge that could’ve potentially added more time to his sentence in exchange for him dropping his appeals. 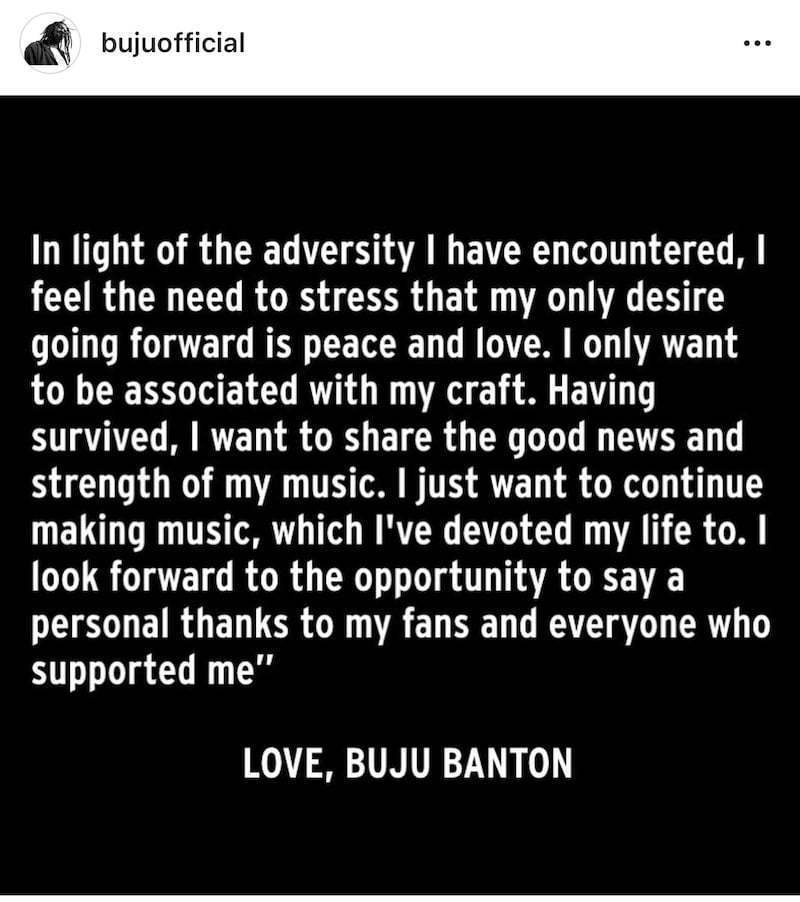 In a message sent to his fans last month, Buju Banton says his sole focus will be his music and his supporters. “In light of the adversity I have encountered, I feel the need to stress that my only desire going forward is peace and love,” he wrote. “I only want to be associated with my craft. Having survived, I want to share the good news and strength of my music. I just want to continue making music, which I’ve devoted my life to.”