Tommy Lee Sparta was back in court last week for his ongoing lottery scam case.

The Mobay deejay is facing years in prison if found guilty of charges including breaches of the Law Reform (Fraudulent Transactions Special Provisions) Act. His ongoing case resumed last week Wednesday in the Home Circuit Court in Kingston where a police forensic expert testified in court in support of the DPP case against Tommy Lee Sparta. Detective Corporal Campbell told the court that he discovered files on a laptop belonging to the dancehall star which contained personal information about United States nationals.

Campbell noted that he found a partition on the computer’s external hard drive with the identity of persons living in New York, California, Florida, Virginia, and Connecticut. The hard drive contained 1,001 records, and another 5,500 records were found on the laptop. Campbell says the area codes of the phone numbers on the files helped him determine the location of the individuals. 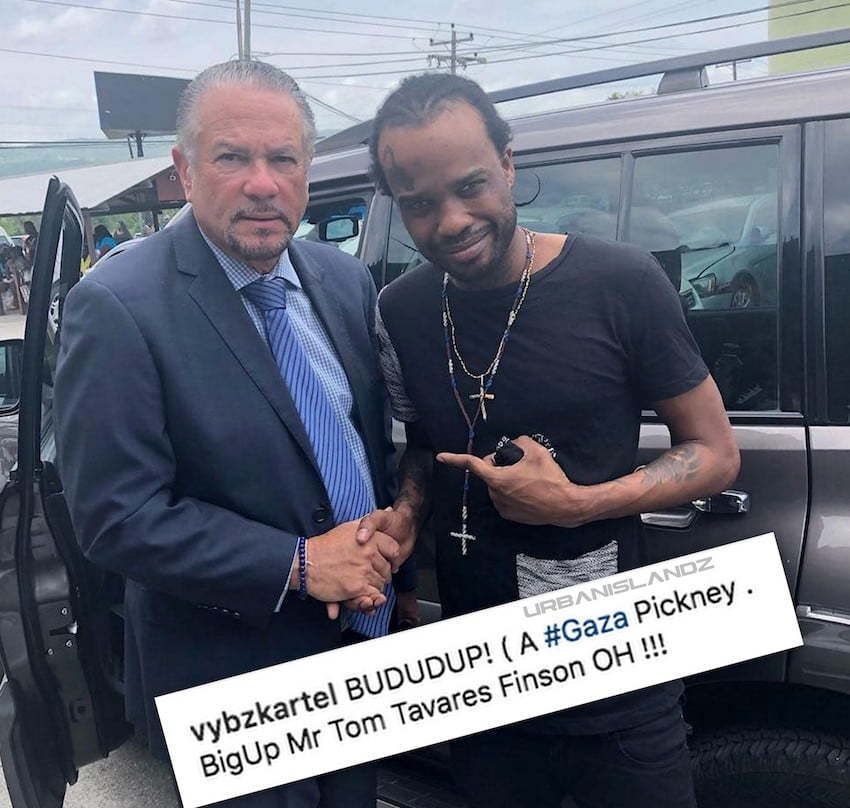 “I found a partition on the hard drive called ‘Tommy Lee.’ I observed two files in the trash folder,” DC Campbell said.

Tommy Lee Sparta, whose real name is Leroy Russell, and three other persons were arrested in February of 2014 and charged with breaches of the Law Reform (Fraudulent Transaction) (Special Provisions) Act, 2013. Charges against two of the men were later dropped after cops could not provide sufficient evidence linking them to the crime.

Tommy Lee has maintained his innocence saying that he makes his money as an established dancehall artist. A rep for the Guzu Musiq deejay told Urban Islandz that he is confident that he will be vindicated when the trial concludes. Sparta also blamed his legal troubles for his inability to travel overseas to tour and make money. The trial will resume on December 12 following an adjournment on Monday.