Cardi B poured ice-cold water on rumors of a collaboration with Beyonce.

For quite some time now there have been some rumors making the rounds about a collaboration between Cardi B and Beyonce called “Wet.” The “Money” rapper has finally stepped forward to address the age-old rumors. During her sit-down with Ebro Darden on his Beats 1 radio show, Bardi confirmed that the collaboration doesn’t exist, but admitted that she is open for a collaboration with Queen Bey. Which artist wouldn’t want to get the Queen on a track?

Now that rumor can be put to rest even though most of us wish that Cardi B and Beyonce rumored collaboration was true. The two met and took pictures with each other last year at the Made In America Music Festival. That photo along with Cardi’s massive success on the charts may have been the catalyst that ignited the rumors. 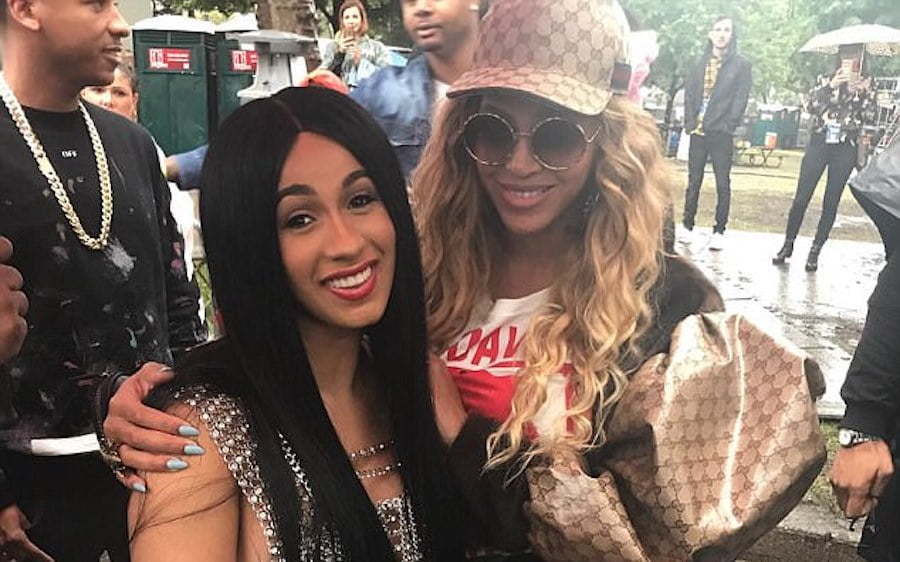 During the interview, she was asked about her ongoing beef with Nicki Minaj, as expected, and she pretty much said it is something that’s still in her sight. “I don’t care, It’s whatever the end game is, I don’t care,” she said. The Bronx rapper added that she didn’t have any intentions of dissing anyone, but is not backing down from war. “The way I came up, it was never about dissing nobody,” she continues.

Cardi B also made a big reveal on the radio show regarding her upcoming Invasion of Privacy Tour, telling Ebro that her team is currently putting everything together. There is a strong possibility that her first major world tour will take place in 2019. Just a few months ago, she dropped out Bruno Mars tour after revealing that things would be too hectic for her and her newborn baby Kulture if she goes on that trek. Now she is considering headlining her own tour.