Cardi B debuts her new song “Money” on Tuesday and the cover art for the single features her donning a massive gold watch gloves. It turns out that not everyone is a fan of the gloves, which probably cost thousands of dollars. Rihanna pretty much said out loud what most of us are thinking in our minds. The Bajan pop star once came across the gloves where she told British Vogue’s editor-in-chief, Edward Enniful, that it’s the most ghetto sh*t ever.

“These are the most ghetto sh*t I’ve ever seen in my life,” Rihanna told Enniful. RiRi is clearly not a fan of the accessory then, and perhaps she was right on target because fast forward two months and Cardi B wore it for the promo shoot for her new single “Money.” Nevertheless, Bardi look banging on the cover art. 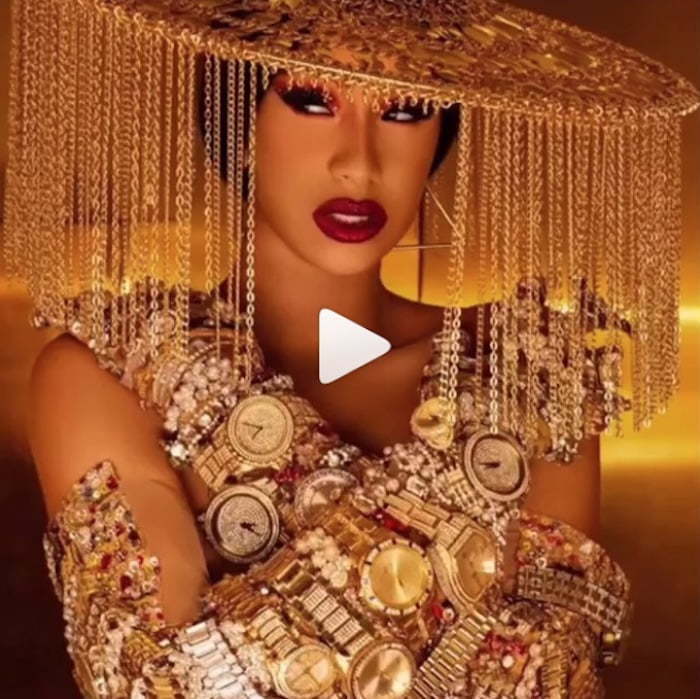 Aside from her one of a kind gold jewel gloves, Cardi B’s new single “Money” is popping. She dropped the song on Tuesday instead of Thursday because someone leaked it online. Cardi B is blaming Nicki Minaj Barbz for the leak, but she admitted that she doesn’t have any proof. Nevertheless, the song is now on all streaming platforms, and she is not too happy about having had to release it early, because it also means that her streaming numbers will be affected.

Watch the short video clip of Rihanna speaking her mind about the “most ghetto” gold accessory.

#rihanna once refers to #cardib’s gold jewel gloves as the most ghetto sh*t ever ??