Vybz Kartel and Shenseea once again team up for a fire new collaboration “Secret (Refix).”

When Vybz Kartel and Shenseea had a small spat over their “Loodi” collaboration last year, everyone thought they would never collaborate once again, but it seems all of that is now water under the bridge. The incarcerated deejay once again link up with the hottest new female deejay in the game, Shenseea, for a brand new dancehall banger, “Secret.”

Kartel released the original version of “Secret” in May 2017, but now ShenYeng adds some more flavor to an already fire single. ShenYeng posted the cover art for the track on her Instagram and told her fans that if the post receives 5K comments, she will drop the song. “Me love make people talk cause them nuh know nothing fi sure! But them ago tired fi hear we! Dem ears ago sore!! #worldboss and #shenyeng if me get 5000 comments me release dis officially today,” she wrote. 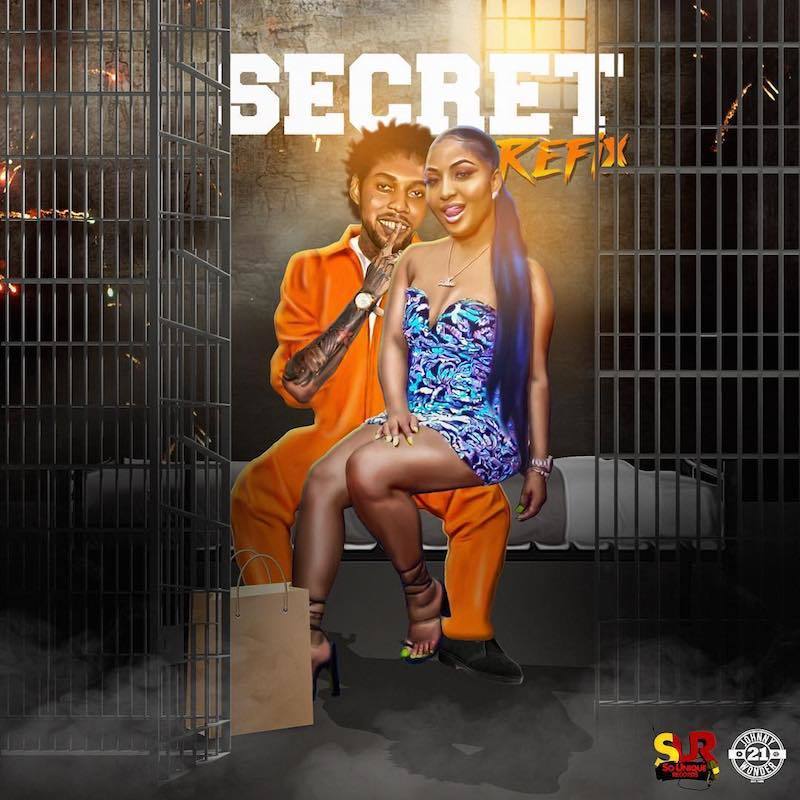 “Mi naan tell yo fi give your man bun, yo still young so you affi have fun, yo no see the bwoy take to fi fool,” Kartel spits over a SoUnique Records-produced beat while the Romeich deejay chimed in, “Mi well waan fi see yo, a long time mi a wait and a pree yo, me body well appealing more than the one in a the court, Worl’Boss when yo get it and me set it, and me pum pum lucky so it ago free yo.”

Interestingly, the single was produced by Elvis Redwood of SoUnique, who also had a brief spat with Vybz Kartel team over the “Loodi” collaboration. At the time, Elvis Redwood defended himself from criticism saying that Kartel was properly compensated for the track. Nevertheless, it’s good to see that all parties have settled their differences and are making music together again.

This new track, “Secret (Refix)” serves as a worthy follow-up for “Loodi” which was a massive hit both in Jamaica and the global dancehall community. The music video has since cracked 17 million views on YouTube and counting.