On Sunday, Danger posted a pic of Tekashi 6ix9ine on the Gram with the caption, “Happy Father’s Day 6ix9ine.” This is trolling at it’s highest, but Chief Keef has already indicated that he could care less if his baby mama wants to hook up with his biggest enemy. 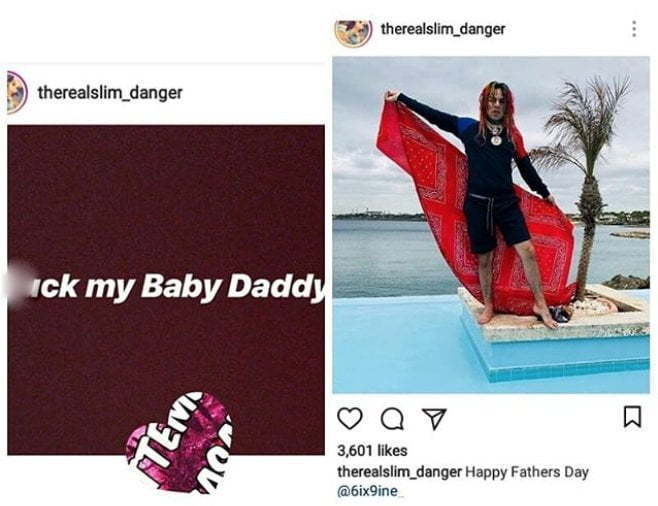 The New York rapper went to Chicago recently and even claimed that he visited Sosa’s block and no one didn’t touch him. The guys in Chicago called him a bluff saying he had an army of security and police with him when he came to their city. Still, it’s pretty impressive that 6ix9ine went straight into the hood in ChiTown and came out scotch free.

Another one of Chief Keef’s baby mamas exposed Tekashi69 for sliding in her DM and offered to fly her to New York and take her shopping. She flat out turned him down.

Do you think this beef is going too far?