G Herbo has some baby mama drama on his hands.

The Chicago rapper got hammered on social media by his baby mama Kyle Sister yesterday and it’s very clear that he rubbed her the wrong way. G Herbo, who recently did a short stint behind bars, gained more notoriety earlier this year with his “Who Run It” freestyle. He is also regularly seen on social media with his new baby and mother of his child who goes by the name @therealkylesister on IG.

On Tuesday, she abruptly fired off a series of angry posts on her Instagram Story while tagging G Herbo leaving fans to conclude that they have broken up. “I ain’t with none of that sh*t you rocking with,” she wrote. “Do not f***ing come around me ever again!!! You a dumb a*s b**ch!!!” Sounds pretty angry and then she followed up that post with, “Don’t give up on love, give up on people who f*** up the love.”

G Herbo has not responded and I think he shouldn’t. Word of advice, people she stop hearing out their dirty laundry on social media. 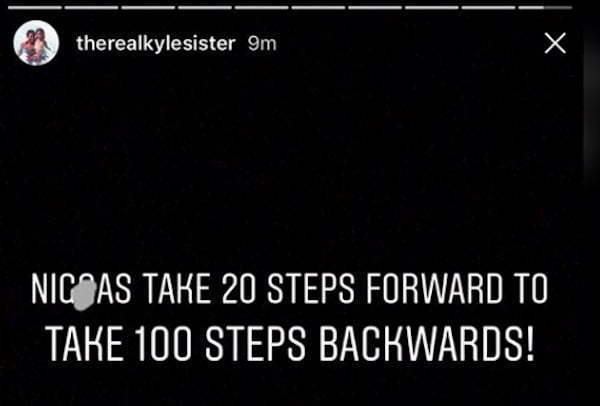 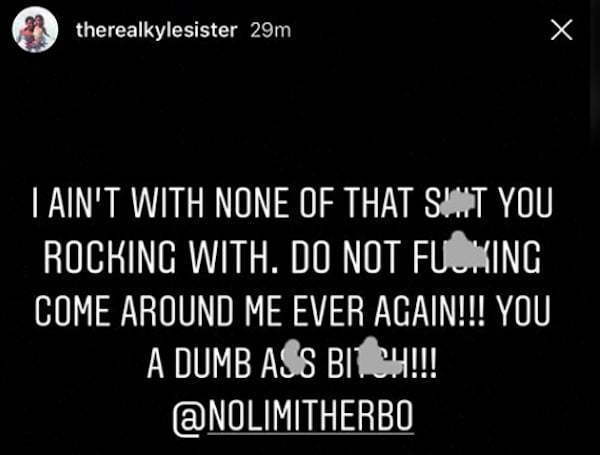