Did Jhene Aiko broke up with her boyfriend Big Sean and covered up his massive portrait tattoo?

Jhene Aiko and Big Sean have been dealing with breakup rumors for months now and even though they have both denied the rumors, the chatters just keep getting more intense. Last year, Aiko got a giant tattoo of Big Sean on her arm and she received plenty ridicule on social media for it but she didn’t care because that’s her man.

Now there is a new photo floating around social media showing the tattoo covered up. We’re told by a little birdie that the photo is not authentic and was photoshop. Other folks on Twitter are saying that it’s authentic so you be your own judge. Here are the pics. 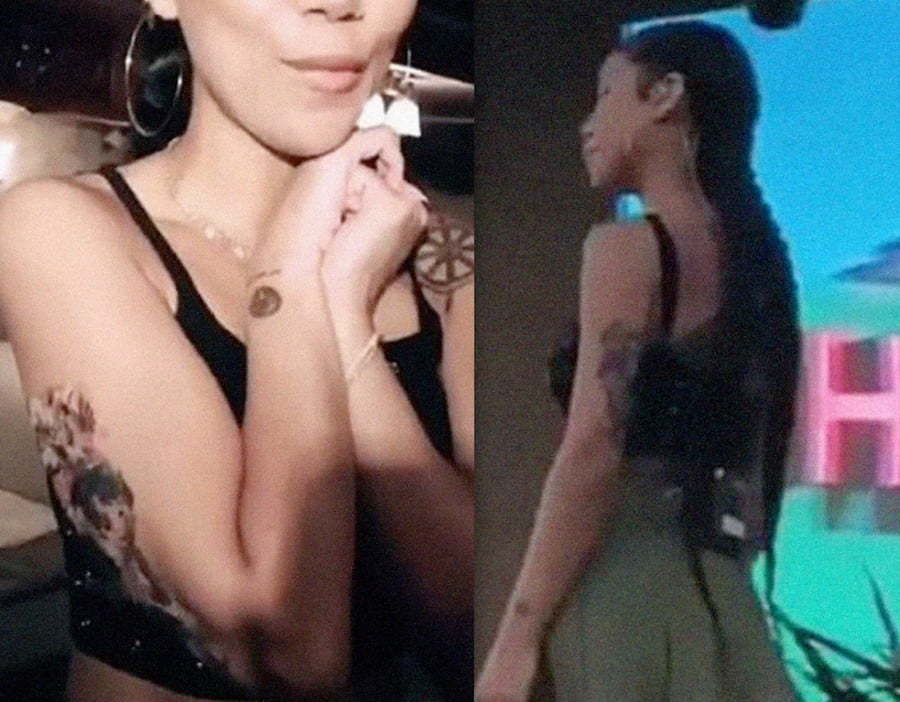 Whether or not she did cover up the tattoo is up for debate and only she can confirm or deny that at this moment. However, Jhene Aiko made it clear last night that she and Big Sean are still together. The R&B singer posted a pic of herself and the Detroit rapper on her IG. “It was an honor to receive the “leadership in media award” from @nami_west_los_angeles yesterday means so much to me !! and i appreciate you for being there, Rabbit #StigmaFree #MentalHealthMonth,” Aiko wrote in the caption.

Last month, Jhene Aiko and Big Sean were spotted at Coachella together and earlier this month they had to shut down more breakup rumors so this seems like a never-ending saga for the couple.

So Jhene Aiko covered Big Sean’s face tattoo on her arm. Sis are y’all still together or nah ?? WE WAS ROOTING FOR Y’ALL THOUGH ?

Big Sean and Jhene Aiko broke up love is cancelled ???

So Jhene Aiko and Big Sean have broken up and girl has covered up his tattoo with some artwork. ?

From the beginning I said disaster waiting to happen. ?????

Jhene aiko and Big Sean allegedly broke up. It never fails with celebrities. When there is a rumor, the actual result follows.

Praying for Teyanna and Iman cuz they gone need it.