Popcaan reached a milestone one million followers on Instagram this weekend and he is thanking his fans.

Popcaan is only the second dancehall artist to reach a million fans on Instagram. Earlier this year, Spice reached the same level after surging in popularity after crowning herself the new queen of dancehall and joining the cast of Love and Hip Hop: Atlanta. Spice is now at 1.1 million followers while Poppy just hit the seven figures category.

The Unruly Boss himself has been seeing a surge in popularity on social media thanks to his entertaining and often comedic posts. Last month he went viral for his version of the infamous Macaroni meme. Popcaan says he is feeling good to know that his fan base is growing worldwide and his hard work is paying off. “Social media is the way to reach out to fans in these times so to see that many people support my work means all the hard work is paying off,” he said. 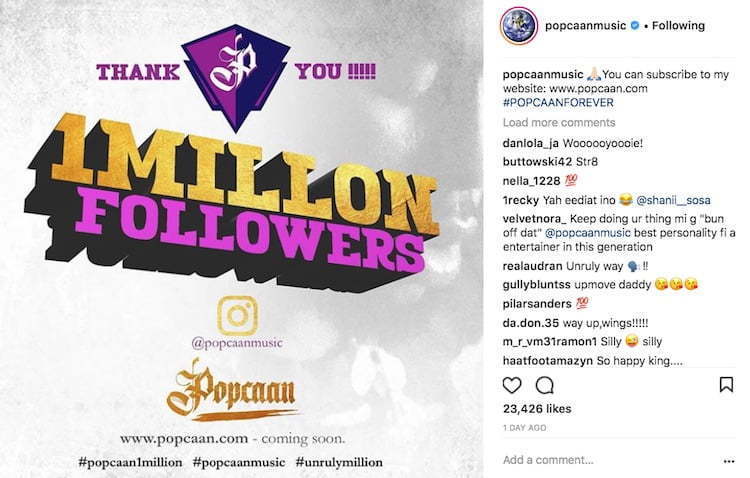 Popcaan is only the second dancehall artist to reach one million followers on Instagram so the achievement is worthy of celebrating.

The “Stray Dog” deejay is currently working on a major project and is getting ready to for his movie debut this summer in “The Intent 2.” He recently wrapped up two well-received performances in St Vincent and Guyana.