Gucci Mane and Nicki Minaj got some new music on the way.

Guwop previews a new single on Instagram Stories on Thursday night from inside Nicki Minaj studio sending fans into a frenzy. He captioned the short clip with the hashtag #evilgenius. “Get the sauce on, hit the floss on get a fast one, drop my top on, first I gazed at her, then I waved at her, your b*tch go bed wid her, she f*** me way better,” Gucci raps over a bass heavy trap beat.

Gucci Mane and Nicki Minaj collaborated last year on his single “Make Love” following their reunion. In February last year, sources inside the Trinidadian rapper’s circle exclusively told Urban Islandz that Gucci will be featured on Nicki Minaj’s new album. The production is currently in an advanced stage with most of the singles already recorded.

“The album is almost done, from what I can tell you, most of the tracks are already recorded,” sources said. “Now it’s just that pesky process of finalizing which songs will make the final tracklist for the album and which tracks will be eliminated. They all sound fire so this isn’t an easy process. I can tell you without a doubt this will be Nicki’s most fire album, people going to stop sleeping on her name.” 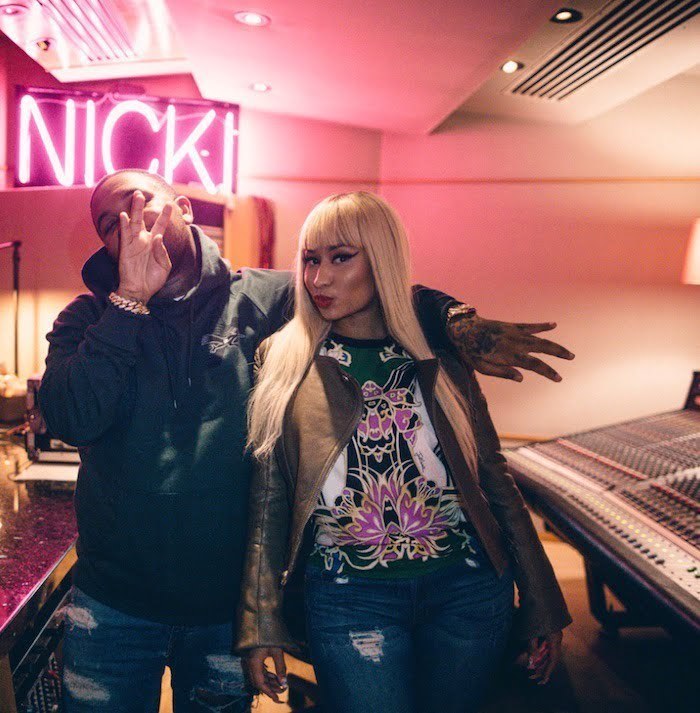 Gucci and Nicki have a bit of history together dated all the way back to the early stages of her career. Guwop even detailed his first encounter with her in his book “The Autobiography of Gucci Mane” where he gave some hints about her beef with Lil Kim. “She was small, no taller than five-two, but right away I saw a big personality,” he wrote in the book. “‘Gucci! I always wanted to meet you,’ she said. ‘I’m Nicki, I’m here with Young Money.’”

In 2013, they had a very public fallout from a beef on Twitter when the Atlanta rapper claimed that he smashed the Young Money emcee. Nicki later said in an interview that year that she thinks he needs intervention. Of course, Guwop went to prison for a few years and came back a brand new person.