Reigns, whose real name is Priscilla Opoku-Kwarteng, died in a gruesome accident in her native Ghana late Thursday evening. News of her death reached Urban Islandz news desk moments after midnight on the US East coast. Sources told us that the 20-year-old dancehall singjay was traveling in a military Jeep with two soldiers heading towards Sunyani after a visit to Kumasi. The vehicle she was traveling in collided head-on with a bus being driven in the opposite direction.

Sources told Urban Islandz that the singer and the two passengers were rushed to a local hospital where they were pronounced dead. The driver of the bus survived and is getting treatment at the Bechem Government Hospital. 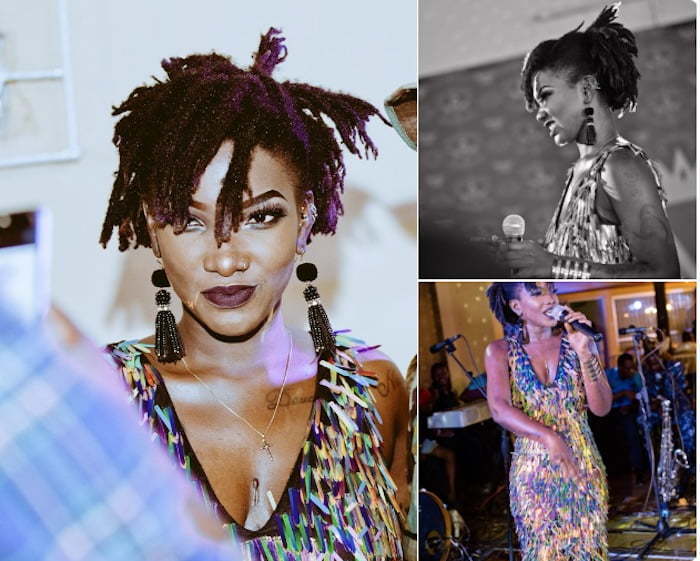 Her fans on social media have been reacting to news of her death while expressing their shock. “Someone please tell me this not real am here waiting for Ebony Reigns to pop up on her timeline and say its not true she can’t be dead,” one fan tweeted while another added, “My heart is heavy right now and tears flowing down my cheeks for Ebony. She is my idol for real… Pls, y’all should stop comparing @ebony_reigns Ebony to the late Suzy Williams it hasn’t been an hour of the news breaking. Let’s respect the dead and hope it’s not true.”

Ghana’s Deputy Minister of Tourism, Arts and Culture, Dr Ziblim Barri Iddi, says Ebony Reigns was a national asset. “It is sad, she was our biggest rising star in the industry and for me she actually exceeded her own expectations because she just came into the industry and took over and took charge, winning awards here and there and actually releasing fantastic music. So it’s a big blow to the industry. I think she was a national asset especially for us in the industry. We needed people like her to continue to keep the flame of Ghana music going.”

Ebony Reigns would have celebrated her 21st birthday in a week on February 16, 2018.