Lil Yachty says he was left confused and devastated when the first week sales for his debut album Teenage Emotions came in.

While the year started out great for the “Peek A Boo” rapper, for the most part, 2017 was a devastating year for him as he became the fast of whack rap. The rapper, who is known for his positive way of life and always smiling, went through some dark days with some hip hop fans and industry commentators, like Joe Budden and Charlamagne Tha God, openly trashes him on their platforms.

One thing particularly hit home for Lil Yachty and that was his first week album sales for his debut project Teenage Emotions. The LP was released in May and sold something like 44,000 in the first week of release. While some may say those numbers are not that bad, others may argue that for mainstream hip hop those numbers represent the worst of the worst. Even Yachty himself told Interview Magazine that the numbers left him dumb-founded at best.

“When I first released my Teenage Emotions album I thought that sh*t was fire, as you should! Then the sales came back and it did 44,000 first week and I was devastated and so confused, I worked so hard,” the rapper revealed. “But I disconnected with my fans because I tried to do this other stuff, you know?”

Yachty says he himself thought that the album was exceptional, but the fans showed him that he is not always the best judge of his music. Nevertheless, he has a chance to undo the damages caused by that project with his upcoming mixtape Lil Boat 2. 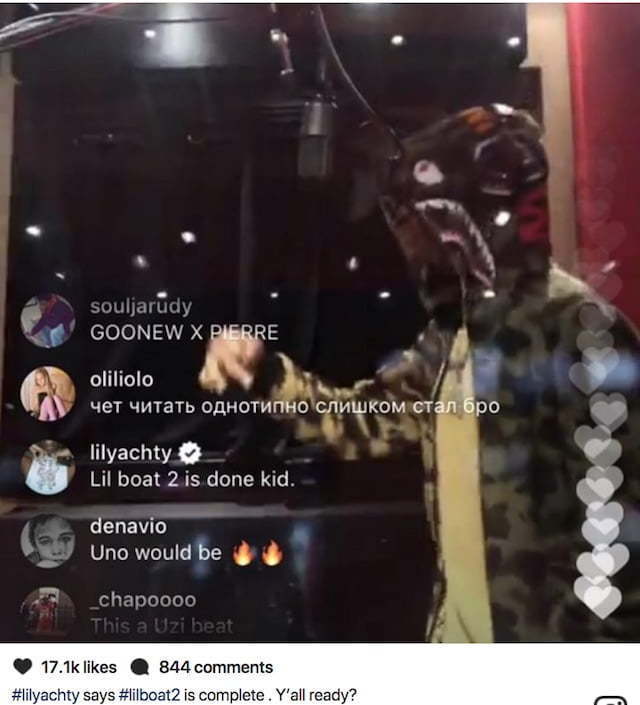 While there is no release date for the project, Lil Boat announced on Instagram Live that he has wrapped up the recording process. So it’s now time for his label to do what they do best and market and release his next body of work.