Alkaline shot back at Popcaan on Instagram and now the war is back on.

Last month, the “Party Shot” deejay went on an Instagram rant while interacting with his fans on Live. During his rant, he curses out Alkaline and a Vendetta fan who asked him to give his dancehall rival a shout-out. “Alkaline a batty boy bout big up Alkaline wha happen to you pu**y,” Poppy said. The “Pretty Girl Team” deejay never responded until now.

Mavado posted a video from one of his recent performances on Instagram yesterday with the caption, “The girls love bad boys.” Alkaline cosigned the statement and used the opportunity to take a shot at Popcaan. “Rich badness anuh fi di clown dem,” Alka wrote in the comment section. 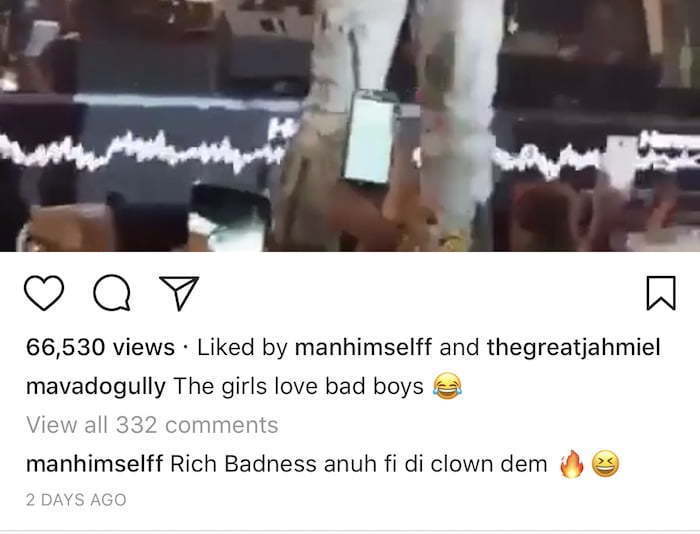 In case your at a loss as to why his statement is a shot at the Unruly Boss, I will inform you that Popcaan released a song last month titled “Rich & Bad.” The two dancehall deejays have been beefing since last year, but their feud reached a boiling point earlier this year when Alkaline released a scathing diss track, “Microwave.” Popcaan never responded to that diss record, except to take a few shots at his rival in a few songs released later in the year and also on social media.

There are some talks that Mavado and Alkaline are working on a new diss track aimed at Popcaan and Vybz Kartel.