Dancehall diva Spice shamelessly took another female’s man and then curse her out when confronted on Instagram.

Weeks after getting into a fight with her baby daddy on the Gram, Spice is again at the center of another social media fiasco. The “Sheets” deejay was confronted on her IG page by another female using the handle @themystical_1 about taking her man and then doing a song about it. Spice responded saying that she did it but she is not loosing any sleep over it.

“Ok so the rumors I heard is true you have the nerve to fool around with my man and now you do a song about it b*tch,” @themystical wrote. Spice responded saying that it’s not her man anymore but ours now. “I think you made a typo b*tch you typed “my” man but a “our” man bye Felicia bout you no fraid fi talk like I give zero f***.”

“I have the nerve to do whatever I want just like how I have my pu*** to f*** who I want get the f*** off my page,” Spice added. The entire exchange was heated and Spice was clearly having too much fun clipping back at this fan. 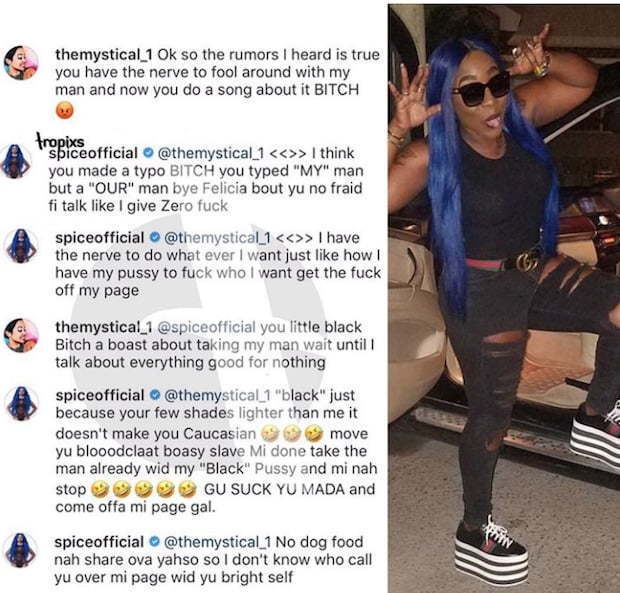