GQ sent out a tweet over the weekend that reads, “Thanks to Harry Styles, wearing multiple rings is now a thing.” Shabba Ranks fans were amused by the statement and immediately went in on the fashion mag. “Shabba done invented that trend from back in the 1990s, just how old are these people who are running GQ,” one fan said.

Several other fans of the dancehall legend chimed in calling out GQ for cultural appropriation. “He’s a true icon,” another fan wrote on tweeted while tagging GQ. “There are quite a few cultural developments that can be linked to Shabba. Even baggy jeans and now even that is back in style.” 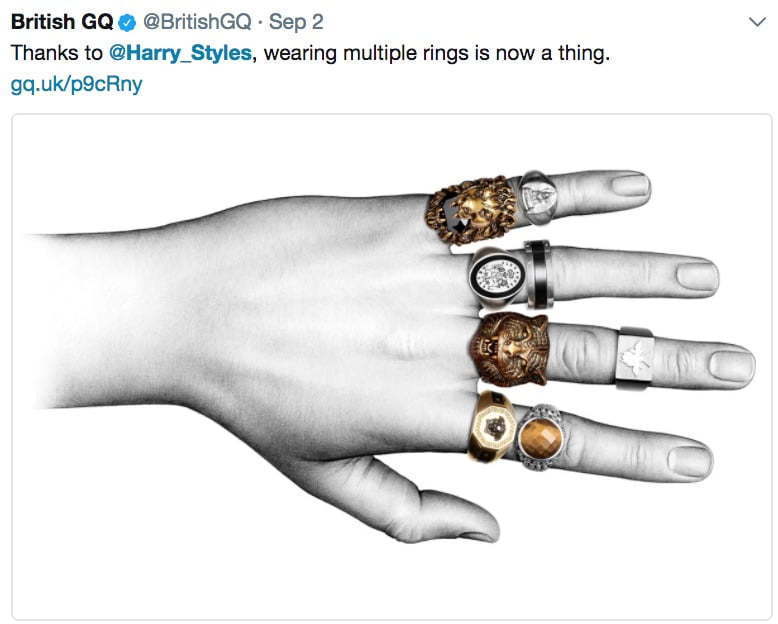 “Shabba was a trendsetter and these news cats in the business are just copycats, lets give the man the respect he deserves,” another dancehall fan wrote.