2 Chainz and Kendrick Lamar are both getting roasted by fans for this photo that was posted on Instagram yesterday.

The pic shows both rappers wearing tracksuits and sneakers but it’s not only their attire that they are getting roasted for, it’s also how awkward they are standing. Some fans are question where Kendrick Lamar hand is and is even suggesting that he is digging his a$$. “What the hell is Kendrick doing is he digging his a** ewwww,” one fan wrote.

Some comments even got meaner as you scroll with some fans saying that K-Dot look like an awkward Al Sharpen taking another selfie. “Somebody said he look like al sharpton i’m weak ni**a skip leg day every day,” one fan wrote. Another fan added, “2 Chainz looks like Kendrick’s long lost father.” Check out some more of the comments below. 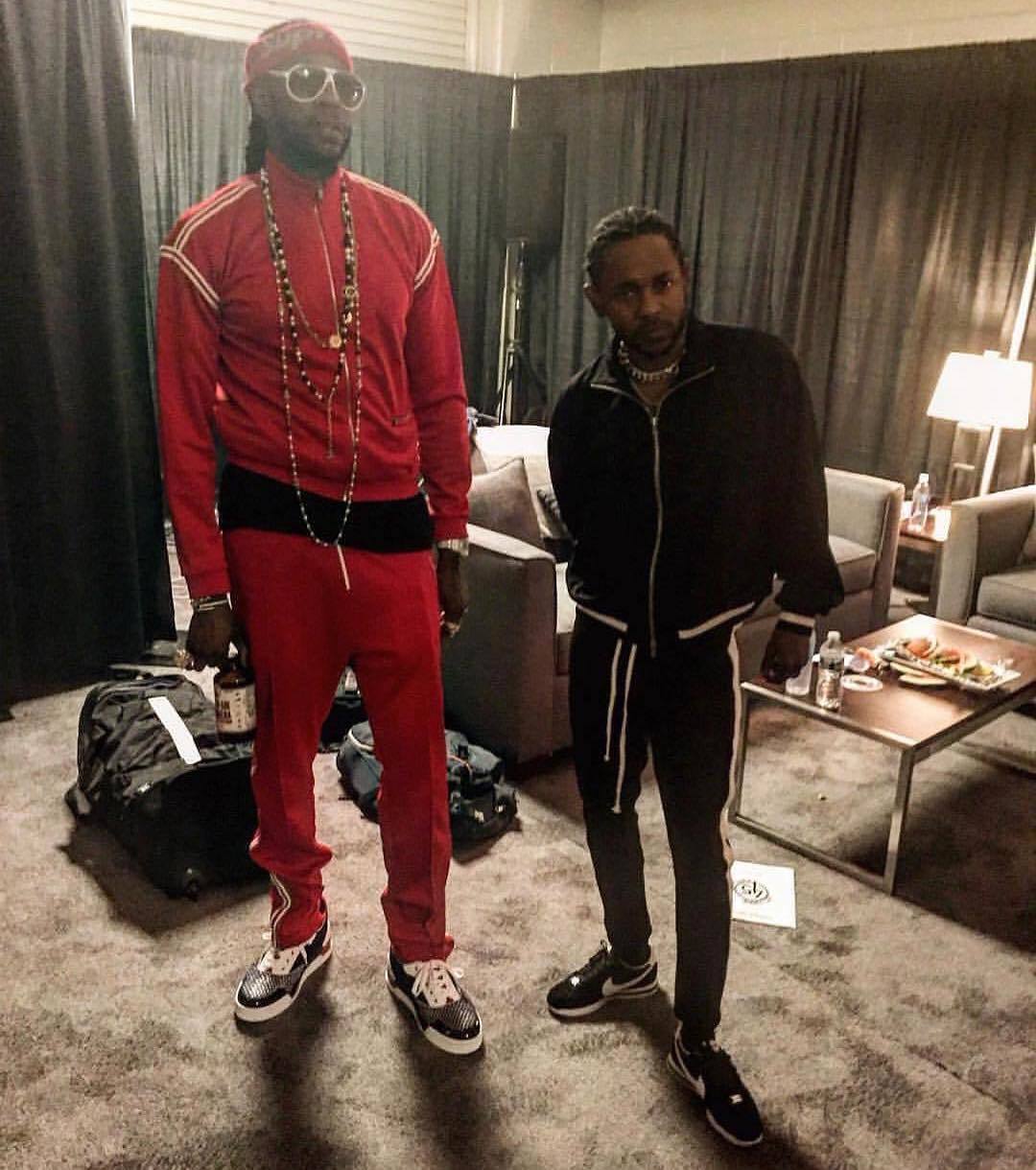 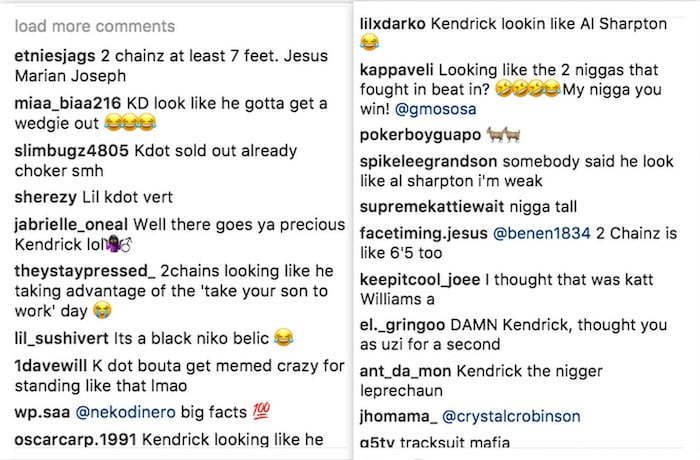 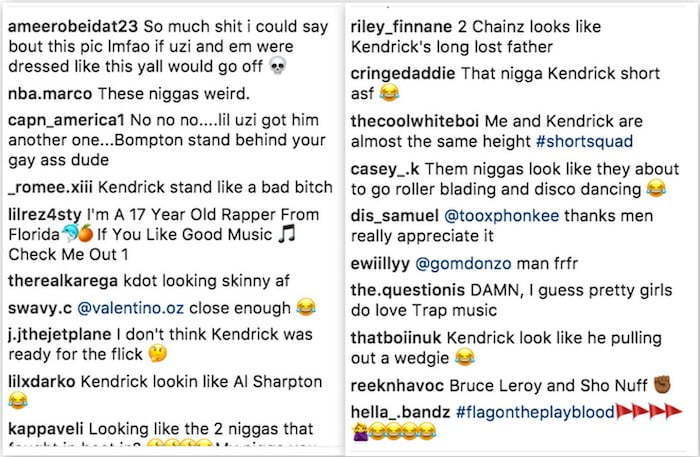