The dancehall deejay revealed in December in an interview that he has been battling depression and has in the past contemplate suicide. A few days ago Kalado posted a photo of himself on Instagram with a caption of the hashtag #suicidal. Some fans shared their concerns for the deejay in the comment section while others thinks that it’s a cry for attention.

In another Instagram post, Kalado posted a photo of a newspaper clippings from the star of a story that headlines “#suicidal #falsealarm.” He wrote in the caption “Everything people jump to worst the haters dem!” he said. “First the star call for an interview when they saw my post. And it was about “bruk foreigner” doing well now the star headline is about suicide. This is what I woke up to. But readers must read the paper good don’t be about the title alone.” 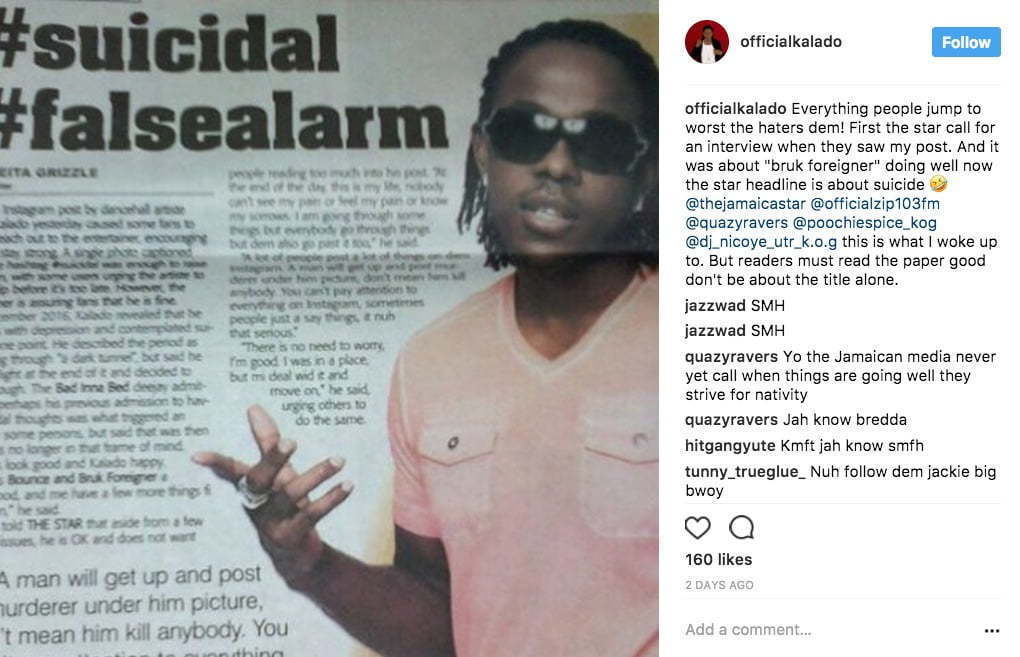 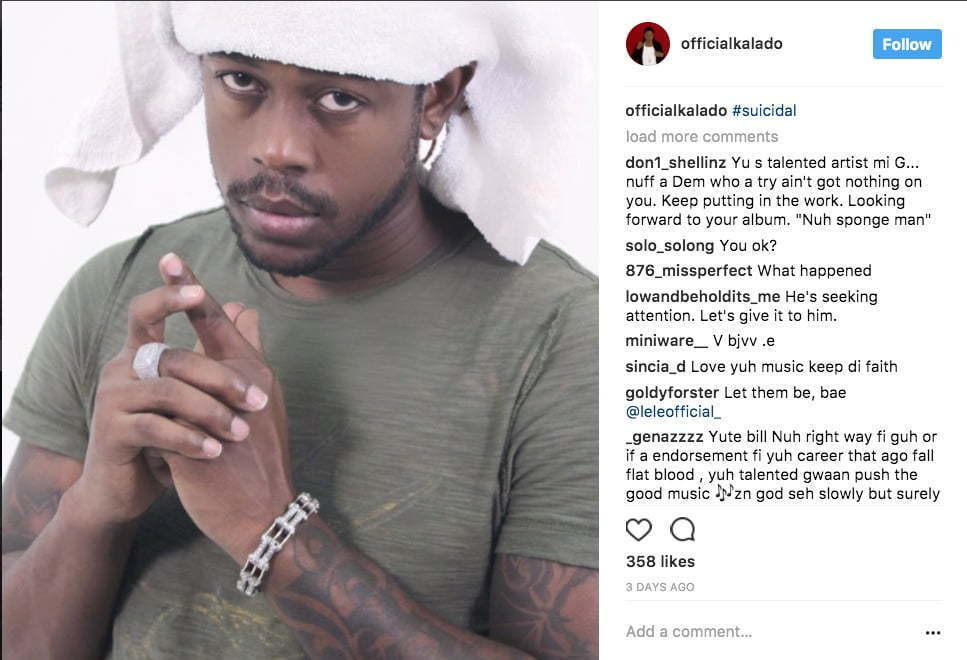