The 6 God debut the new bling on Instagram last night and you could tell from his smile that he was more than happy. Drake is living up to his lyrics on More Life, “hermes link, ice blue mink.” “Ben Baller out here going insane,” the rapper wrote on a video he posted of the new bling on IG.

The Hermes-link chain comes with 40 karats of rock with a massive OVO owl covered with diamonds of many different colors. Drake even got Ben Baller to engrave More Life at the back of the pendant. According to TMZ, the chain cost a whopping $120,000. That is pocket change for Drake, whose Summer Sixteen tour last year grossed around $84 million last year and he just concluded another blockbuster tour, his “Boy Meets World” tour in Europe. Drake has a lot to celebrate right now after concluding a hugely successful tour in Europe and the success of his new album More Life which debut at No. 1 on the Billboard 200 chart with 505,000 copies sold in the first week. 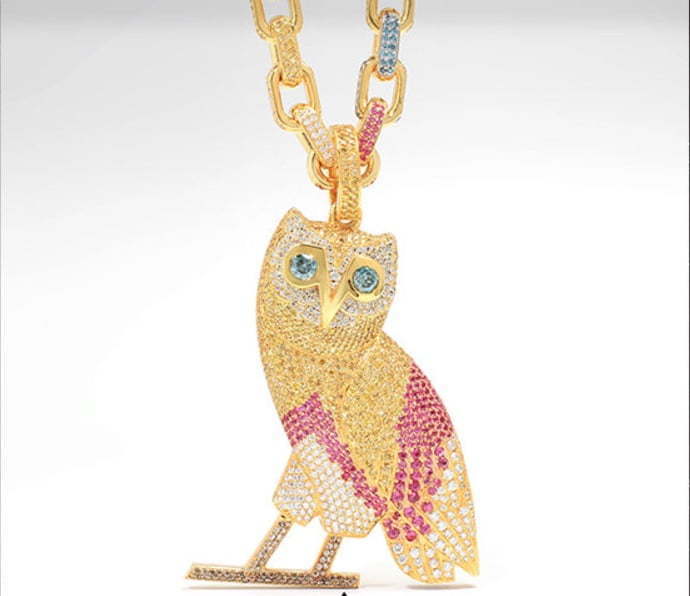