Meek Mill and Wale have made peace once again. The MMG rappers put an end to their beef at Rick Ross birthday party on Saturday night.

Sources say the peace was brokered by the Bawse himself who held his 41st birthday bash at his Atlanta estate this weekend. “Whatever the Boss says goes there is always a mutual respect for him from everyone in MMG,” sources told Urban Islandz. “If he says let’s break bread like bosses and hash this thing out then everyone listen so its all good now.”

The bash was a masquerade themed party but in a clip uploaded to social media you can see Meek Mill and Wale talking to each other while some dancehall music play in the background. Rozay gave us a glimpse of the lavish party on IG showing off his estate and his birthday gift from Luc Belaire, a black Ferrari. “Ferrari Fatboy,” he wrote. The car is a 2018 Ferrari 488 Spider worth north of $400,000. 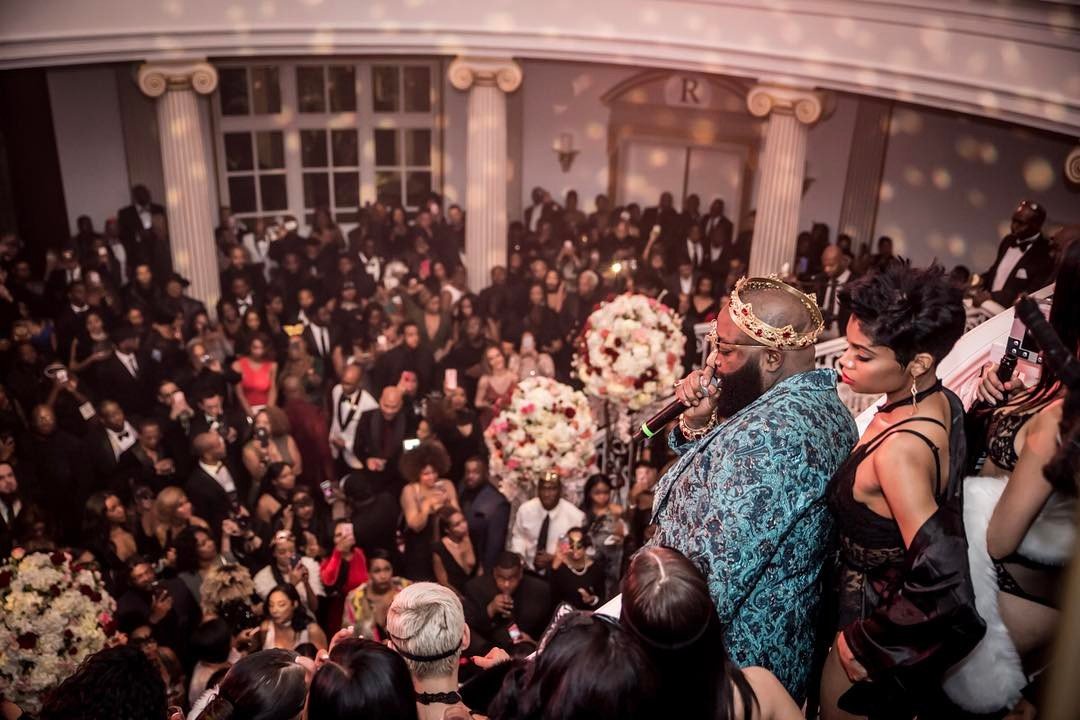 Meek and Wale went at each other two years ago with the DC emcee praising Drake’s infamous diss record “Back To Back” as one of the greatest of all-time. “Y’all don’t realize, that was the most respectful diss record of all time,” Wale said. “He didn’t say eff you. He didn’t say, ‘You a b-word. You a n-word.’ He ain’t say really nothing. He just was using his success versus your success being real kinda funny. Meek shot back saying that his labelmate is just jealous of his success. “You can’t b friends with someone who want your life,” he wrote.

Rick Ross even weighed in calling his two proteges Lebron James and Michael Jordan competing. Maybe everyone can get together and drop that new Self Made compilation album now that there is peace inside MMG. Meek and Wale have previously had falling outs over other issues outside of rap.