Chronixx is alive and in good health despite reports that he was involved in a serious car accident.

Reports started circulating online on Saturday claiming that the reggae crooner was involved in a car crash in Kingston. The reports claimed that he was hospitalized in critical condition. A rep for the singer told Urban Islandz that his camp was shocked by the news and the artists has been getting a lot of phone calls from family and friends.

“Everybody was shocked including Chronixx but fortunately this is just fake news perpetrated by the haters,” his rep told us. “Our phones have been ringing non-stop from family members, friends and even fellow artists and promoters inquiring about the accident that never happen. It’s a sad state when people can put out anything they want just about anybody.” 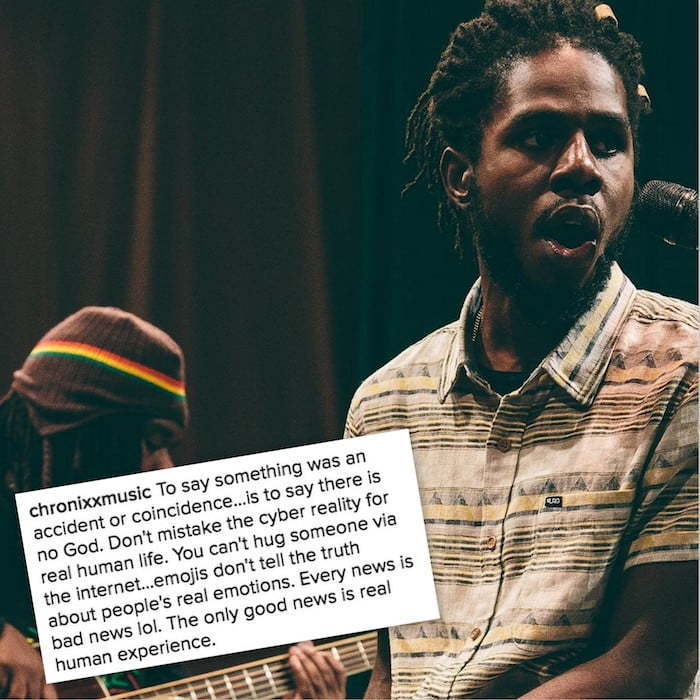 Chronixx also reacted to the news on his Instagram page with a cryptic message. “To say something was an accident or coincidence…is to say there is no God,” the “Here Comes Trouble” singer said. “Don’t mistake the cyber reality for real human life. You can’t hug someone via the internet…emojis don’t tell the truth about people’s real emotions. Every news is bad news lol. The only good news is real human experience.”