Vybz Kartel stunned his fans over the weekend when he announced a split with his baby mama Tanesha “Shorty” Johnson.

Since his incarceration, Kartel has been pushing his family life and even regularly get a visit in prison from his baby mama and three sons. So it was a big surprise when he confirmed on Instagram that he and Shorty are no longer together.

“ME AND MI BABY MOTHER (SHORTY) NO LONGER TOGETHER. YOU HEAR IT YASO FIRST,” the self-proclaim World Boss wrote. He also added in another post “It no work out.”

Vybz Kartel has since deleted that message in what seems like a publicity stunt. He then posted a photo of himself with his baby mama and three sons. “DIS UNUH NUH WANT SEE? UNUH A GO BLIND #FAMILYFIRST #SHORTBOSSVSWORLBOSS #GAZANATION,” he wrote. 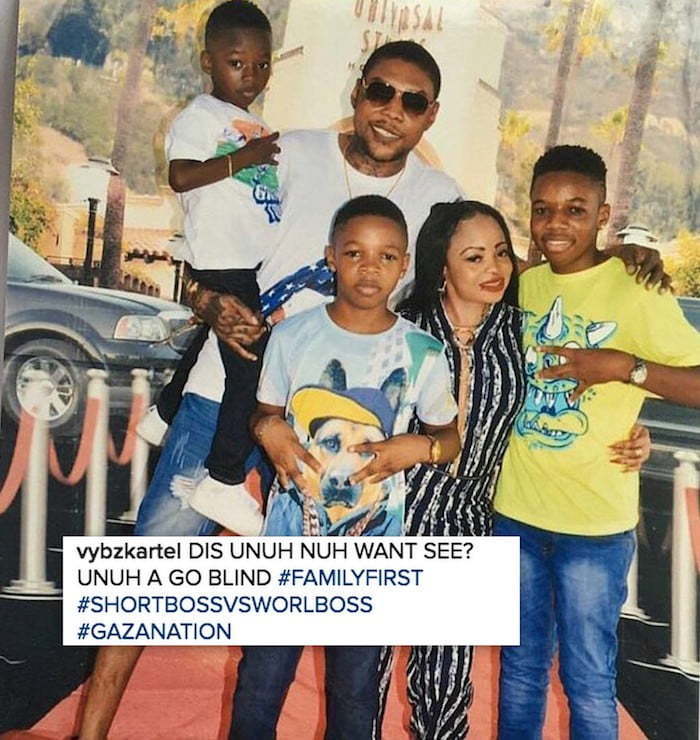 Folks on social media starting trolling Vybz Kartel saying that it was Mavado who got between him and Shorty. The Gullyside singjay also reference Kartel’s girlfriend in his latest diss track “Mr. Dead.”