Chris Brown maybe feeling some type of way seeing Rihanna and Drake getting so close over the past weeks. But he still don’t believe that his former flame is in love with his nemesis.

Drizzy and RiRi have been spotted everywhere since their appearance at the MTV VMAs last month. The Bajan pop star even stopped short of telling the 6 God that she love him with a thank you message posted on Instagram after he gave that heart warming speech at the VMAs and even bought a billboard to congratulate her for winning the Michael Jackson Vanguard Award.

See Also: Rihanna On Drake VMA Speech ‘I Love You For That’

Sources are saying that Chris Brown don’t believe that Rihanna is in love with Drake and that their relationship will never work. “Breezy know her and he knows that she is not in love with him like the way he is with her,” sources close to the “Grass Ain’t Greener” singer said. “Drake is trying hard to get Rihanna to love him but you can’t force love and she will always love Chris Breezy and there is no doubt about that.” 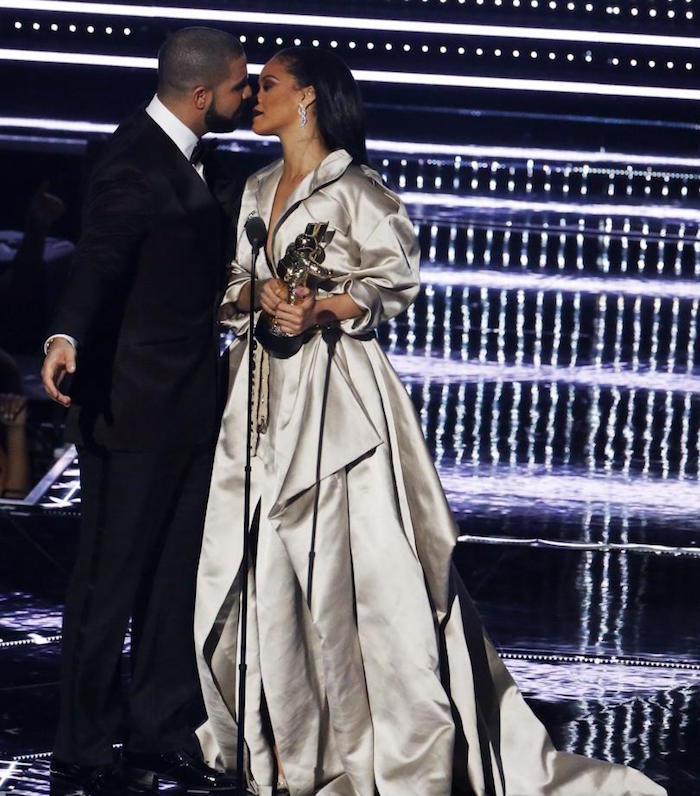 Last week a TMZ paparazzi caught up with Drake’s father Dennis Graham who weighed in on his son relationship with the “Work” singer. The elder Graham says that the two are just friends and nothing serious is going on between them. That still doesn’t explain the matching camouflage shark tattoo that the two of them got recently.

Sources told us that Rihanna and Drake have been quietly dating since the start of this year but only recently things started to get more serious and out in the public. “Drizzy sees RiRi as his future wife he wants it all but he also realized that he can’t rush things with her because that might push her away,” our sources insist.

Chris Brown seems to think otherwise and is perhaps just sitting and waiting for the relationship demise.

Do you think RiRi and Breezy will ever get back together?