Like most other big name artists Alkaline is branching out into merchandising. The dancehall hitmaker has launch a new clothing named after his group Vendetta.

A rep for the deejay told Urban Islandz that they have launched a line of Vendetta T-Shirts and are gearing up to launch other gears like caps and and possibly a shoe line. The shirts are currently available for sale on Alkalinemusic.com.

“The T-Shirts are just the first step of something much bigger,” his rep told us. “You can look out for much more to come out of the Vendetta camp.”

Alkaline is still enjoying some success from his debut album “New Level Unlocked” which peaked at No. 1 on the Billboard Reggae Chart. There are also talks that the deejay could be working on his sophomore album. 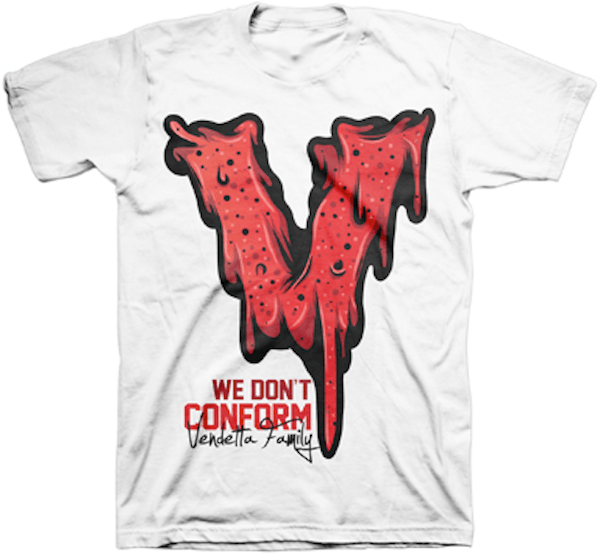