Rapper/singer Tory Lanez claims that he is No. 1 in Jamaica but Popcaan begs to differ.

The Canadian rap star posted a photo on IG of himself with a map of Jamaica. “NUMBER 1 IN JAMAICA! J.U.I.C.E = just understand I control everything #IToldYou,” Tory Lanez wrote.

We are still unsure which song Lanez is referring to but his recent single “Luv” samples Tanto Metro and Devonte 1197 classic single “Everyone Falls In Love.”

Popcaan commented on the post with some laughing emoji and the infamous sh*t head emoji. Several other dancehall fans also blast Tory Lanez while mentioning incarcerated dancehall star Vybz Kartel as the No. 1 artist in Jamaica right now.

“Stay in your lane Tory Lames you can never be number one in Jamaica this is Vybz Kartel land,” one fan wrote. 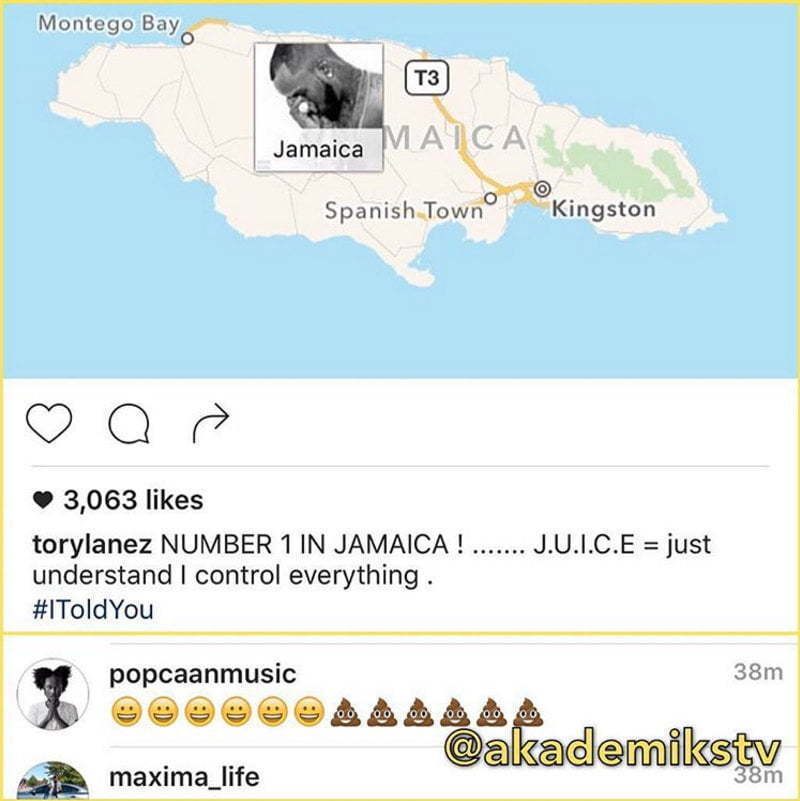 Tory Lanez also recently took some flagging from Drake who accused him of copying his dancehall banger “Controlla.” Lanez did released a remix for “Controlla” and that didn’t sit well with Drizzy’s camp.