Rihanna is taking over the entire fashion game from kicks to clothing and fragrance to now sunglasses. The Bajan pop star is teaming up with Dior to launch a new sunglass collection.

Last year Rihanna signed a huge deal with the luxury brand that saw her became the first black female to lead a campaign for Christian Dior. As part of her brand ambassadorship, she and the French brand are teaming up to launch a new collection of sunglasses that look futuristic.

The eye where will be available blue silver, green, red, and pink and will be sold exclusively at Dior retail stores worldwide, WWD reported. The glasses will retail for $840 while a deluxe 24-karat gold plated one will set you back $1,950.

Rihanna posted a photo on her Instagram of herself in a swim suit wearing a pair of the sunglasses. 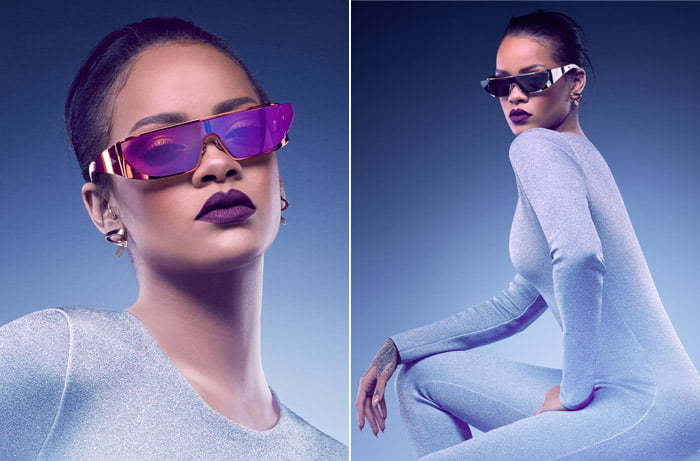