Vybz Kartel could be the first big name dancehall artist to release a biopic.

Sources close to the incarcerated dancehall deejay told Urban Islandz exclusively that his team is working on a Vybz Kartel movie. The biopic will chronicle his life post dancehall stardom growing up in Portmore leading up to getting his big break as Bounty Killer protege.

“If there is any biopic coming out of dancehall it would be that of Vybz Kartel,” sources told us. “The script is already being written and as soon as it get the stamp of approval from Vybz then casting and filming will take place.”

The big question here is who will act as Vybz Kartel? The first person that comes to mind is his look-a-like that Spice cast in her “Conjugal Visit” music video last year. But he doesn’t have any acting experience.

Sources also told us that the movie is tentatively title Vybz Kartel and could be released later this year or early next year.

Vybz Kartel, whose real name is Adidja Palmer, started his career in the early 1990s while he was a teenager under the stage name Adi Banton. Buju Banton was his favorite artist at the time.

It wasn’t until the early 2000s that Vybz Kartel became a dancehall sensation as a protege of Bounty Killer in his Alliance crew. Following a string of hits in 2003 and an impromptu clash with Ninjaman at Sting that lead to an onstage brawl, Vybz Kartel then became a household name in dancehall. He also proclaimed to have written over 30 songs for Bounty Killer.

In 2006 Vybz Kartel departed the Bounty Killer lead Alliance to form his own group Portmore Empire and that triggered one of the biggest feuds in dancehall history the Gully/Gaza rivalry against his former group member Mavado. That infamous feud lead to a clash at Sting 2008. But the rise of tension among young fans of both sides lead the Jamaican government to broker a truce between the two deejays. 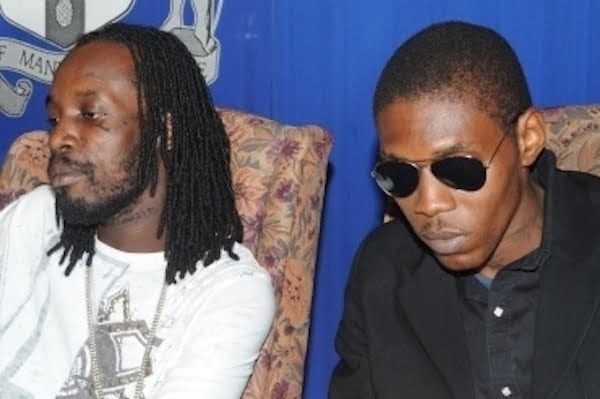 In 2010, Vybz Kartel stirred up more controversy with his skin bleaching. During an interview on OnStage, he told Winford Williams that he was just using cake soap to tone his skin.

But the biggest challenge of his career would come in September 2011 when he was arrested and slapped with two murder charges. He was found not guilty in the first trial but was not so fortunate in his second trial, which is dubbed the longest murder trial in Jamaica’s history.

Vybz Kartel is currently serving a life sentence and will not be eligible for parole until 35 years.