Meek Mill and Nicki Minaj could be already married or the very lease about to walk down the isle sometime soon.

The Philly rapper show off a pair of diamond wedding bands on his Instagram page yesterday sending off a lot of rumors that the couple has tied the knot.

“What a time,” Meek captioned the photo.

What A Time To Be Alive is the title of Drake and Future new album that has a diamond artwork for the cover.

MediaTakeOut reported that Nicki Minaj and Meek Mill have been planning a secret wedding in New York City on Wednesday. The site reported that both sides of the family have been flying in into NYC and are tight lipped about what is happening. 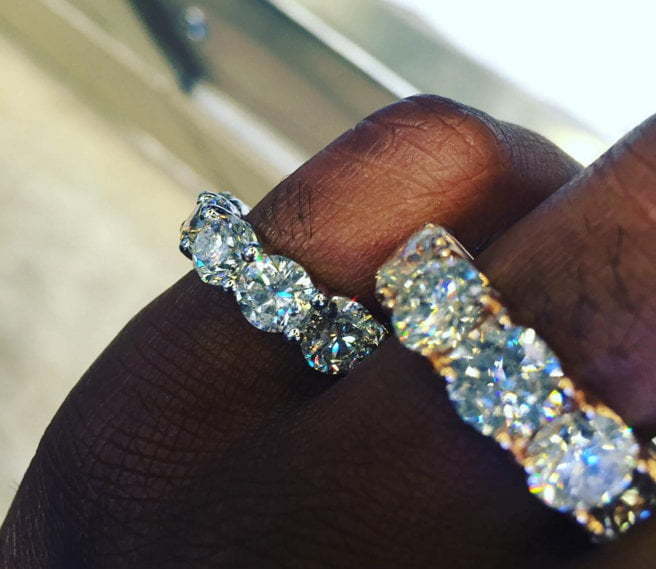 Neither rappers have confirmed that there will be any wedding. But earlier this year Meek gave Nicki a giant engagement ring. There were also plenty rumors that she is pregnant for her rapper boo.

During an interview in July, Minaj made it clear that she is neither pregnant nor engaged.

“I’m not engaged and my ring was a gift and I’m definitely not pregnant… But thank you guys for your concerns,” she said.

Meek Mill also told Fader that the couple is not engaged because he doesn’t feel like the time is right yet.

“It’s definitely real,” he said. “But it ain’t really time to get married yet. We’re still learning each other, feeling each other out.”

The PinkPrint rapper has never been shy about her love for the MMG emcee. During her recent interview with GQ she detailed how they started dating following her bitter split with her ex-boyfriend Safaree Samuels.

She said that she called him while he was in jail for probation violation and they spoke for hours and that was when she knew that she was in trouble.