The Mobay deejay recently had a fallout with his former friend and producer Jr Dillinger, who also called himself nephew demon. The circumstances surrounding their fallout is still sketchy but the Trinidadian is suing Tommy Lee for royalties and music ownership.

Dillinger says that he wrote over 30 songs for Tommy Lee and only found out that the “Spartan Soldier” deejay copyright those tracks under his government name Leroy Russell.

The two recently got into a heated back and forth threatening each other. But somehow Vybz Kartel got hit in the crossfire with Lee referring to his former mentor as weak and soft hearted.

Dillinger then called him out for trash talking the former Portmore Empire boss. 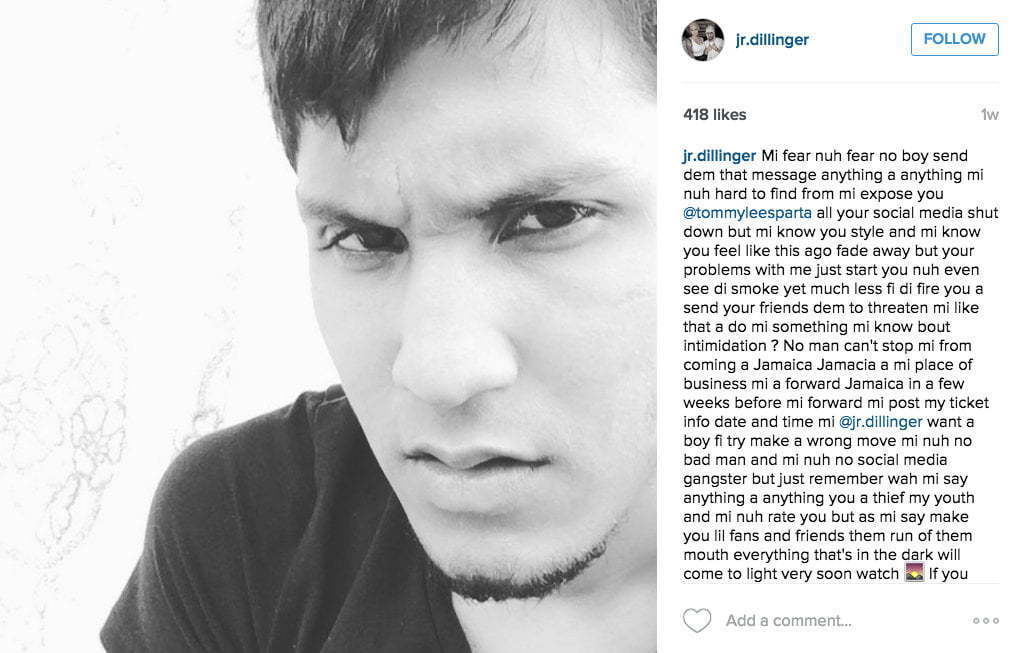