Rihanna is Chris Brown guardian angel, at least that is what she thinks when she gave her ex-boyfriend that second chance in 2012.

Rihanna is on the cover of Vanity Fair magazine and she looked stunningly beautiful. She was very candid and open during her interview with the mag, especially while speaking about her ex-boyfriend Chris Brown.

The “BBHMM” hitmaker says that she felt like she understand him more than anyone else.

“I was that girl. That girl who felt that as much pain as this relationship is, maybe some people are built stronger than others,” she said. “Maybe I’m one of those people built to handle s–t like this. Maybe I’m the person who’s almost the guardian angel to this person, to be there when they’re not strong enough, when they’re not understanding the world, when they just need someone to encourage them in a positive way and say the right thing.”

Rihanna also said that she thought that he could change and that she was the one person who would help him become a better person. 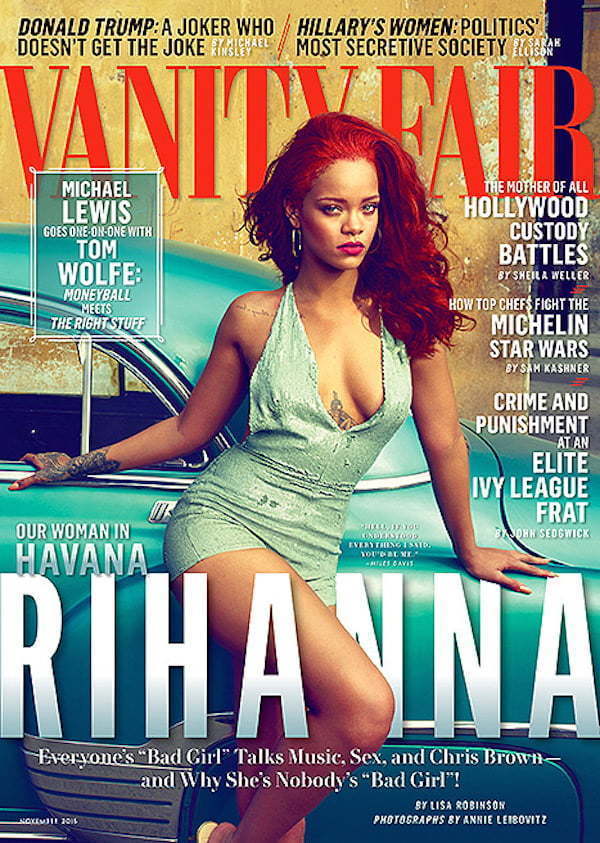 “I was very protective of him,” Rihanna added. “I felt that people didn’t understand him. Even after … But you know, you realize after a while that in that situation you’re the enemy. You want the best for them, but if you remind them of their failures, or if you remind them of bad moments in their life, or even if you say I’m willing to put up with something, they think less of you — because they know you don’t deserve what they’re going to give.”

The Bajan pop star says that she felt stupid thinking that she was built for that type of relationship and in 2013 she came to her senses and walked away from Chris Brown for good.

Since their 2009 fallout and subsequent assault charges laid down against Brown, the pair rekindled their romance in late 2012 and Rihanna lifted that stay away order. But they then parted ways again in 2013 summer.

The Bajan pop beauty says that although they are not friends anymore, she will care for him until she die.

“I will care about him until the day I die,” she said. “We’re not friends, but it’s not like we’re enemies. We don’t have much of a relationship now.”