Asafa Powell has been a hot topic on social media last weekend after a man name Mike Hylton on Instagram is accusing the sprinter of sleeping with his 18-year-old wife.

“Many people found out what she did to me, they reacted in their own manner, especially the ones who were relieved at the fact that she could not longer remain a ‘silent ho,” he wrote in a letter circulating online.

“After finding out that she was in a relationship with Asafa and others in August I proceeded to give her another chance, inevitably I found out that upon his arrival to the island last week she was at his house after hours again. Mind you, we were in something but that’s the least. I’m sure many would have some form of reaction but I did not do half of whatever she is claiming I did.” 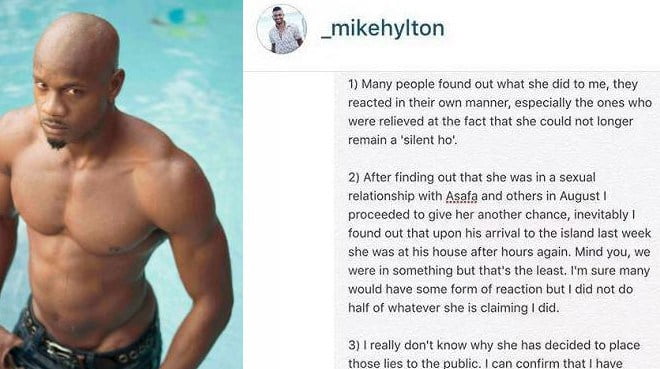 A screenshot of an explicit text message conversation between Asafa Powell and the female was also leaked online.